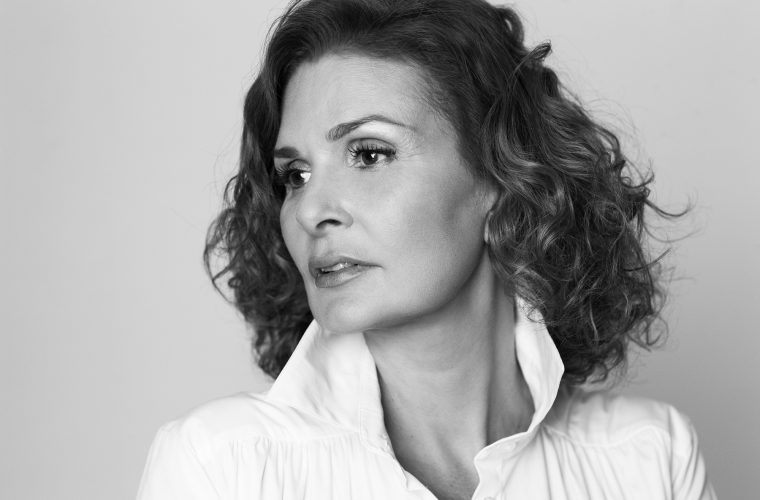 DOHA TRIBECA FILM FESTIVAL ANNOUNCES COMPETITION JURY LED BY LEGENDARY EGYPTIAN ACTRESS YOSRA
International Jury also includes Salma Hayek Pinault, Nick Moran, Bhavna Talwar and Danis Tanovic
18 October 2010 (Doha. Qatar) - The Doha Tribeca Film Festival (DTFF) today announced that internationally acclaimed Egyptian actress Yosra has been appointed President of the Jury for the 2nd annual Festival, October 26 – 30, 2010. Yosra replaces previously announced Jury President Hany Abu-Assad who has had to step back from his role due to a delay in production with his latest film, The Courier, currently shooting on location in Louisiana. Yosra will be joined by four other outstanding and diverse members of the film industry who comprise the inaugural jury – prolific Academy Award nominated actress, producer and director Salma Hayek Pinault (Frida, Ugly Betty), English actor, writer, and director Nick Moran (Lock, Stock, and Two Smoking Barrels),Indian director Bhavna Talwar (Dharm) and Bosnian screenwriter and film director of the Academy Award winning No Man’s Land, Danis Tanovic. Together they will choose the winners of the Festival’s Arab Film Competition: Best Arab Film and Best Arab Filmmaker who will each receive monetary awards of US$100,000. Additionally, the festival has also added seven more feature films to its programme - including Andrew Lau’s Legend of the Fist: The Return of Chen Zhen, John Curran’s Stone starring Robert De Niro and Edward Norton, Machete starring Jessica Alba, Danny Trejo and Don Johnson, Casino Jack starring Kevin Spacey and a special IMAX presentation of Paranormal Activity 2. Two previously unannounced Indian films Rakht Charitra by Ramgopal Verma and Vikramaditya Motwane’s Udaan will also have their Qatar premiere at the festival and one new title, Champs Elysees Je t’aime, has been added to the Arab Short Film Competition. Tickets for all films at DTFF are on sale at box offices located at the City Center Cinema and the Villaggio Cinemas. Yosra said: “I’m honoured to be the first Jury President of the Doha Tribeca Film Festival, and I want to thank my fellow jurors Salma, Nick, Danis and Bhavna for joining me. It’s a great privilege for me to work with them and I hope that together, we can fulfill the expectations of the filmmakers, and can contribute towards highlighting the Arab Cinema and further encouraging the talent from the region.” DFI Executive Director Amanda Palmer said: “We are delighted Yosra is joining us in Doha as our first Jury President for DTFF's first Arab Film Competition. Yosra supported us immensely in our first year as a festival, and in our second year it's an honour to welcome this cinematic icon to preside over an international jury. This jury, Salma Hayek Pinault, Nick Moran, Danis Tanovic, and Bhavna Talwar, truly understand and reflect Doha's mission to support new talent in the region, they have the right sensibilities, perspectives and expertise, and we're looking forward to introducing them to a new generation of talent here in the Middle East.”