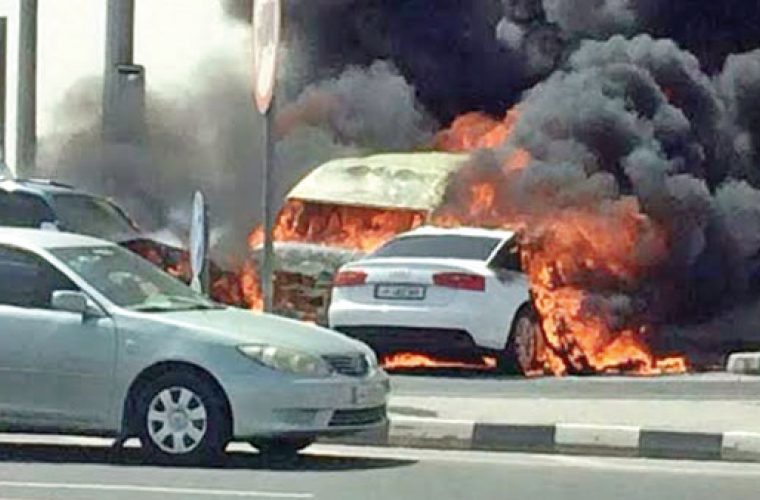 A car and mini-van were destroyed in a fire that broke out after a collision involving four vehicles near the Frij al-Soudan intersection yesterday. It was not known if any passengers had sustained injuries. The incident occurred around 12.30pm.

The fire created panic among road-users and residents of the neighbourhood. It was not clear how the crash took place though there were unconfirmed reports that at least two vehicles had jumped the red light and this might have led to the accident. Thick black smoke filled the area and the accident resulted in traffic block at the intersection for some time. Long queues of vehicles were formed in at least two directions and access to Al Shamal Road was blocked by police.

Some of the hospitals were contacted later in the day but there were no reports of any casualties. The Emergency Department at the Hamad General Hospital also did not seem to have admitted anyone with injuries from the accident. The Wakra Hospital could not be contacted, however.