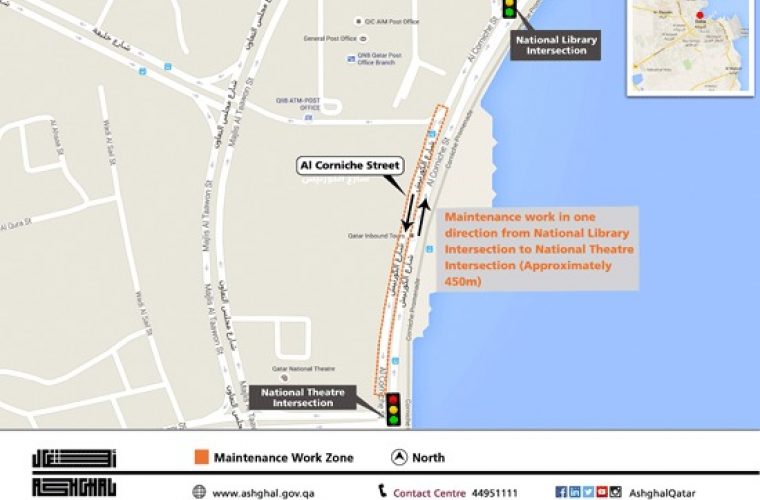 During follow-up work on roads maintenance in the country by the concerned department in the Public Works Authority, the department found some damage to the top layer of the asphalt on parts of the Corniche Street.

The authority contacted the contractor that carried out the project to fix the damages for which it is liable as per its contract which covers a warranty period for the project.

The repair works will include milling the old surface which is removing the top layer of the old asphalt andreplacing it with a new layer of asphalt starting along the whole street from the Post Office Intersection to the National Theatre Intersection as shown in the attached map.

The road will be paved in sections to ensure the continuous flow of traffic within the mentioned work area.

Maintenance works will start on Thursday 6 August 2015 and end on Sunday 9 August 2015.

It is worth mentioning that Ashghal had converted a number of roundabouts into signal-controlled intersections to improve traffic flow in this highly dense area. 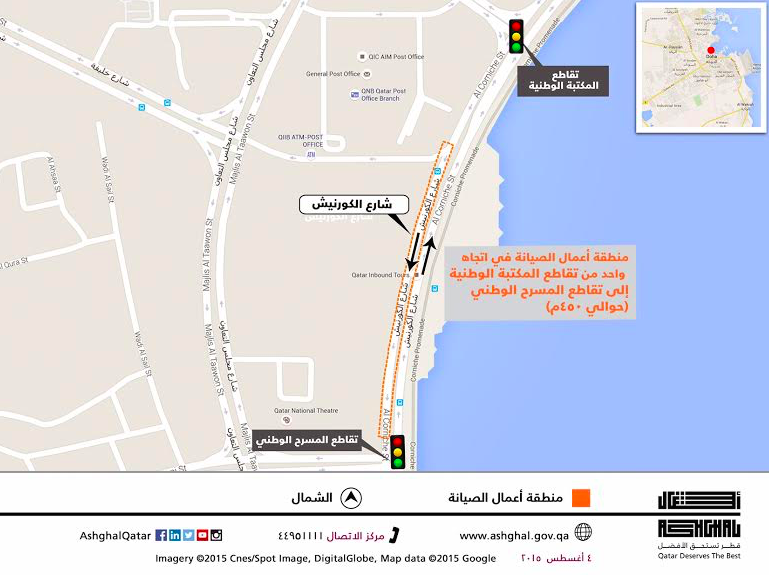