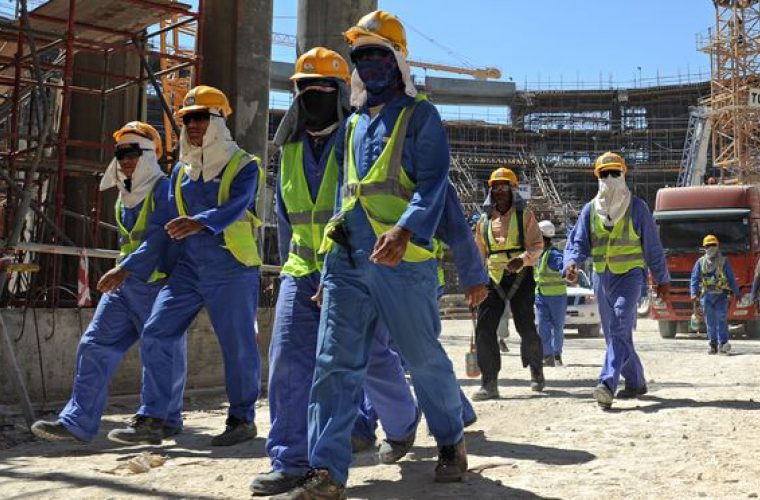 Qatar’s demand for international labour is expected to remain high as the construction sector continues to expand ahead of the 2022 FIFA World Cup, a senior official of Qatar Foundation for Education, Science and Community Development (QF) has said.

“The total number of migrant workers living in Qatar has surpassed 1.6mn, with at least half a million estimated to be employed in Qatar’s construction sector,” said Jassim Telefat, group executive director of QF Capital Projects and Facilities Management, quoting figures published in September.

Recalling that in recent years, Qatar’s sizeable migrant workforce has been the subject of intense international media scrutiny, amid allegations of mistreatment, the official asserted that QF was contributing its expertise and resources to protect the human rights of workers in Qatar and the Gulf region.

“Some 20,000 construction workers are employed on QF’s various projects and we remain committed to enshrining the rights of these workers in a comprehensive and transparent manner,” Telefat said.

QF places emphasis on maintaining health and safety on its building sites and one contractor, Midmac, was acknowledged for completing 21mn consecutive man-hours without loss-time incidents on QF’s new headquarters and Strategic Studies Centre.

“At QF, we believe that dignified living and working conditions are absolutely essential to unlocking human potential. To meet these values and principles, we are ensuring that all construction work on our projects is carried out to agreed international health and safety standards,” Telefat said.

QF’s Migrant Workers’ Welfare initiative, named "Karama", or "dignity" in Arabic, has played a very important role in improving the living standards of migrant workers in Qatar, over the last two years.

Amongst Karama’s most notable achievements are the Qatar Foundation Mandatory Standards for Worker Welfare. Published in April 2013, the document combines Qatari Labour Law with international best practices and is based upon a holistic and principled approach to safeguard the rights of workers from the moment they are recruited until they return to their home countries.

From January 2014, the standards have been included in all new contracts on QF projects. QF has also set up its migrant welfare department to monitor contractor adherence to the standards through regular assessments, audits and inspections.

QF’s migrant welfare department has several other responsibilities including liaison with other key stakeholders in Qatar and the Gulf region. QF recently hosted a regional training programme to spread awareness of the laws and mechanisms that can protect migrant workers employed across the Middle East.

Co-hosted with Georgetown University’s School of Foreign Service in Qatar, the course attracted more than 40 of the region’s leading human rights advocates, including representatives from the National Human Rights Committee, the Ministry of Labour and NGOs from a total of nine Asian and African countries.

The programme curriculum was jointly-developed by Migrant Forum in Asia, a regional network of organisations committed to enhancing the lives of migrant workers, and the Diplomacy Training Programme, an Australian NGO.

Amongst its key findings is that the majority of migrant workers from these countries arrive in Qatar in serious debt, having paid huge fees to recruitment agents.