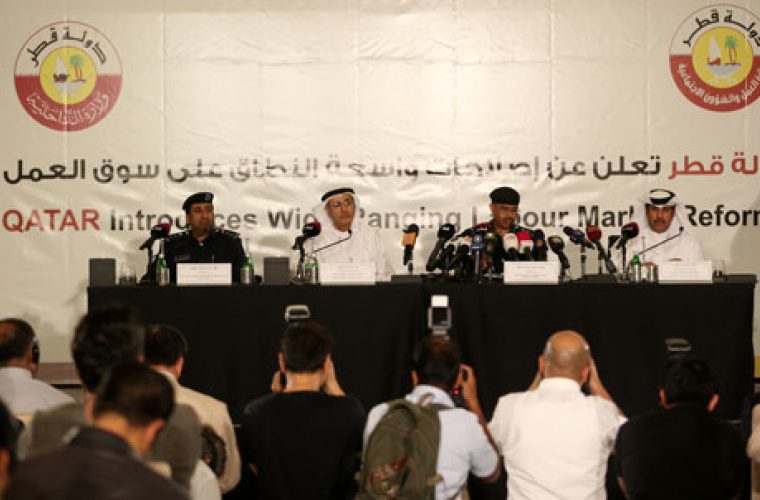 Media reports about ‘some key amendments being made to the labour law’ created euphoria in the expatriate communities yesterday but soon fizzled out after the Ministry of Interior and the Ministry of Labour held a press conference.

It turned out that the supposed amendments were only proposals, which needed to pass through various stages before they are made into law and were even subject to changes during this process.

At the press conference, the officials announced that government proposes to replace the sponsorship and exit permit rules for foreign workers with an easier system but the proposals would be first sent to the businessmen’s body for their opinion and later to the Advisory Council.

An invitation sent out in English by the Ministry of Interior to media organisations late on Tuesday said the press conference was to “announce amendments in labour law”.

What was announced, though, was a series of proposals and the government’s ‘intention’ to make changes to the sponsorship and exit permit regulations, leaving media persons and diplomats disappointed.

A number of diplomats, particularly from major manpower exporting countries, were present at the event which was made out to be high-profile.

A senior diplomat who attended the press briefing told The Peninsula that from what he read in local English newspapers (not The Peninsula) some key amendments were to be announced at the event.

“But the whole thing turned out to be so disappointing. They were just proposals for change,” said the diplomat.

This newspaper didn’t carry any report yesterday of the ‘amendments’ to the ‘labour law’ that were going to be ‘announced’ since no amendments to a law is possible without going through the proper channel.

The State Cabinet normally sends the draft of an amended law to the Advisory Council for its suggestions and the latter refers it back with amendments. No such process has been completed in this case.

The invitation in fact should have talked about proposals to change the law, which, actually, was the case.

Also, any proposed alterations to the labour law should be technically announced by the Ministry of Labour and Social Affairs.

So carrying such a report would have only misled the public, which has been borne out by what happened at the press meet.

The amendment news had created so much curiosity and euphoria that a journalist who attended the press meet at the St Regis Hotel said he was surrounded, soon after the press conference, by the hotel staff who were keen to find out about the “amendments”.