Concerts in the Souq 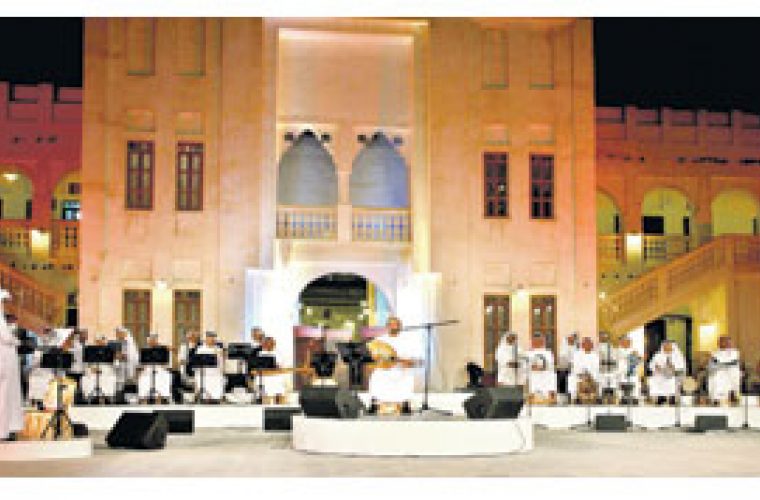 Folkloric concerts being held in Souq Waqif will continue today, organiser, Khalid Rashdan has said. The Souq was lit up on the first three days of Eid with lights and music from a stage set up for the concert. Giant screens kept around the souq displayed the events from the stage as crowds cheered from stands, set up to accommodate up to 2,000 people. “The concert is presenting folkloric music in general, and we are not restricting ourselves to Qatari folklore,” explained Rashdan. He said the first night of the concert saw a full-house. The concert is being organised by Al-Rayyan Voice, a two-year-old radio station that broadcasts only folkloric music from the region. Listeners young and old attended the conference, which was also covered by Qatar TV. Members of the audience said they believe folkloric music is alive among the new generation despite the advent and spread of newer forms of Arabic music from Egypt and Lebanon. “The biggest evidence of this is the success of a station like Al-Rayyan Voice,” said Hamad al-Merri, 20, a Qatari and avid fan of the radio station. “Songs these days are all music and no lyrics, but folkloric song writers think carefully about the words.” The concerts were also a big hit with non-Qataris, like Jordanian Youssef Haj-Ahmed who came in to see his compatriot Omar Abdel-lat, who was among the singers. “I came with my family to see him specially, and I’m hoping to have a good time,” said Haj-Ahmed. The programme also features Yemeni singer Fouad Al-Kabs, Saudi singer Azazi, and Qatari singer Abad al-Jawhar. Attendance is free. Riham el-Houshi