Concerns raised over paid protest in London for Qatari Amir 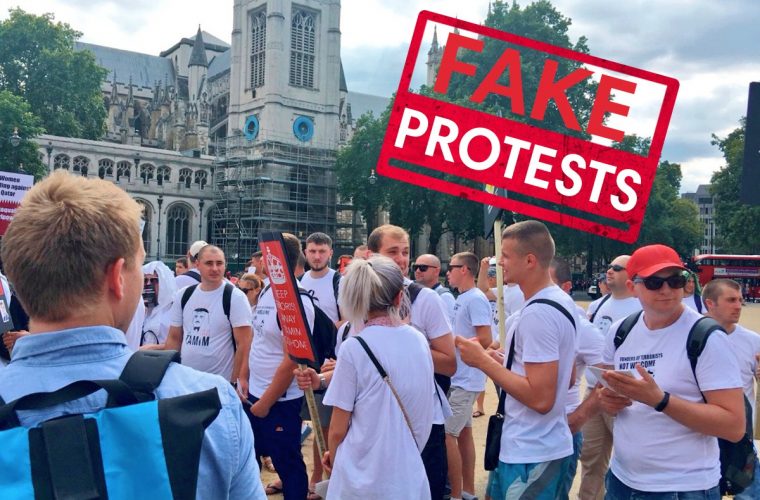 The Amir Sheikh Tamim bin Hamad Al-Thani went to the United Kingdom on Sunday (July 22) at the invitation of Prime Minister Theresa May.

However, the dirty politics still continues against Qatar as a pre-planned protest was arranged outside parliament on Tuesday. A crowd of around 100 took up positions opposite Big Ben in Westminster bearing placards with the slogan. People speculate that it may be related to blockading countries.

According to The Guardian, a casting agency advertised for paid extras to come and stand outside the gates of Downing Street when the Amir of Qatar visits on Tuesday, amid accusations that the country’s Gulf rivals are paying protesters to oppose the country’s activities and create the impression of an upswell of British support against the country.

Twenty pounds to stand outside the embassy for two hours!

The booking agency Extra People offers £20 in an advert to respondents willing to take part in the protest. As the advert stated:

“This is NOT a film or TV production.”

“The company are looking for a large group of people to fill space outside Downing Street during the visit of the president of Quatar [sic]. This is an ANTI-Qatar event – You will not have to do or say anything, they just want to fill space. You will be finished at 12:30.”

I do movie etc extras work. Just received this from an agency I don't usually work with.
They need a rent a crowd for the President of Qatar at Downing St @guardian @BBCNews @mrjamesob pic.twitter.com/xwd7XtzWzB
— Andy ™🤠🎶🇪🇺 ☠︎ ⚓︎ ♲ (@andywash) July 23, 2018

The Independent has also reported that they have seen an email sent to extras offering £20 per person in order to take part in the supposed protest from 11am until 12.30pm on Tuesday, just before Tamim bin Hamad Al Thani is due to arrive at No 10.

Later on the agency pulled the advert issuing an statement that: "On reflection...we do not feel extra people should be involved in such a project."

A representative from Extra People said to The Independent that it was “contacted by an individual” to “source people” for the event, but refused to reveal the identity of the client. A spokesperson said the agency decided to cancel the project having begun “to understand what the hirer was asking of our artistes and the event involved” after “receiving further information”.

“We quickly made the decision to withdraw our involvement and wish to have no association with the event,” he added.

Who is Extra People?

Extra People is a UK based casting agency who provides supporting artistes, crowd, walk-ons and extras for the film, television, corporate and music industry. With bases in London, Birmingham and Manchester, they specialise in providing supporting artistes and extras in the London, Midlands and the North West of England.

The Guardian quoted a Qatari diplomat as saying that: “The blockading countries have a long history of using paid protesters to try and discredit those who do not agree with their views. Despite their latest attempts to spread lies about Qatar, the visit of HH the Emir has further strengthened the historic and strategic partnership between Qatar and the UK.”

Criticisms spread across the social media users over the pre-planned paid protest outside parliament. A twitter user from UK said:

Sayed Alkadiri posted multiple Tweets on this issue. As he said in a Tweet: "A few Russian protesters were also present, and while they declined to speak to me, it quickly became apparent that they're unaware of what they're protesting for..."

Today I came across possibly the most embarrassing protest - speaking to demonstrators I was informed that they had been bused-in from Birmingham and paid £50 for their day's service..#OpposeQatarVisit #ProtestQatarEmir pic.twitter.com/0zjID0DY9w
— Sayed Alkadiri (@sayedalkadiri) July 23, 2018 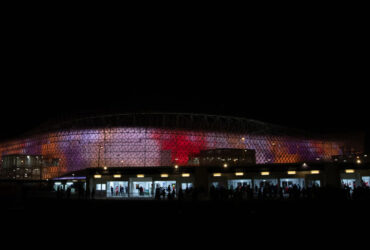