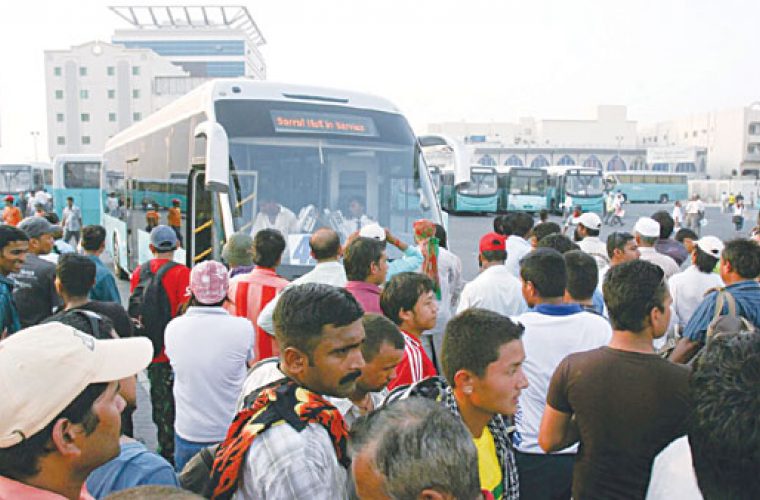 Irregular bus services continue to be a major concern for commuters who rely on public transport.

The passengers have been complaining about irregular bus service on some of the busy routes for quite some time.

They say this adversely affects their daily schedule. Some point out that the service has not improved despite the sharp rise in the number of passengers over the past year.

Recently, residents from the Industrial Area complained that on many routes, passengers had to wait for an hour or more to get a bus. Some claimed that the situation these days, especially in the afternoon, was worse than what it used to be a couple of years ago.

The commuters say they often have to share Karwa taxis to reach their destination, especially when they want to travel towards city areas.

A senior official at Mowasalat said ongoing road projects in different parts of the country were the main “obstacle” for smooth bus operations.

However, passengers say even when the Doha Bus Station (DBS) is packed with buses, services on many routes are not
operated on schedule.

A few days ago, it was found on a visit to the DBS that some passengers had been waiting there for more than an hour to catch a bus to go to the northern part of Doha. One of them said he was asked “very politely by a staff member at the enquiry counter to explore other options” to reach his destination.

Many of those who visit the DBS regularly feel even those manning the counters are sometimes unable to answer their queries on bus timings and routes.

While it has been more than eight years since Mowasalat started its public bus service, many areas across the country are still not covered by the service. Sources say it is also “surprising” that many roads that have been built in recent years - such as those connecting Wukair and Wakrah with the Industrial Area and its surrounding areas - have no bus service even though they are used by a large number of commuters on a daily basis.

“And this is happening at a time when many buses are being operated without a single passenger on board in West Bay,” said a passenger, referring to the West Bay shuttle bus service that is struggling to find favour with motorists.