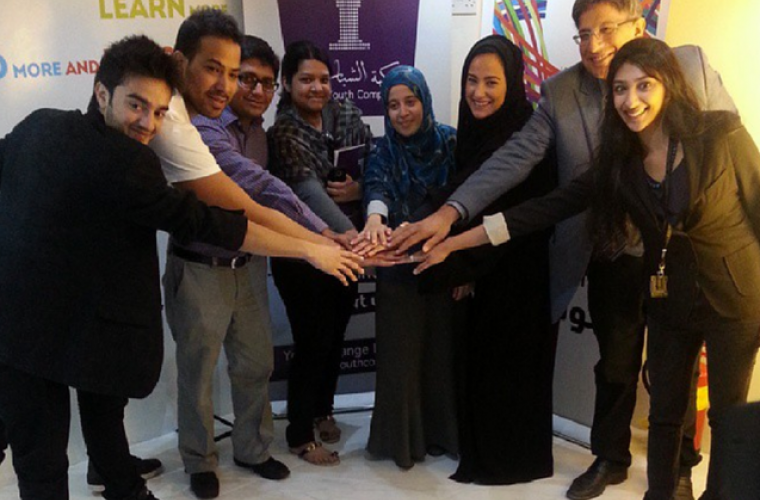 “COMMITTED TO QATAR”
Doha, Qatar – The Youth Company, Qatar – nonprofit social enterprise for youth development and empowerment – recently hosted its “Meet & Greet” event for press and media relations at Youth Hub Qatar, a new center and joint venture of TYC and Youth Enterprises offering various services and opportunities to young people around the country as a one-stop shop. The social event took place on the 27th of October and welcomed representatives from a number of press and media agencies in Qatar, as well as one of its key partners, Olympic Sports, Qatar. As a social enterprise for youth empowerment, TYC strives to build and maintain solid relationships with potential sponsors and partners not only to successfully progress with operations of its programs, events and various other initiatives, but also to collaborate with these parties in forming more innovative and substantial youth-friendly projects for the future. This is evident in TYC’s recent partnership with Olympic Sports, who will not only provide sports gear and entertainment items, but also fully equip Youth Hub’s exclusive gym in its MOVE Space. The youth enterprise is also to receive support from Salam Stores, who will be aiding TYC and Youth Hub in empowering the country’s young people. In hosting this gathering, media and press relations play a considerable role in communicating with the community and corporate world all that happens within TYC and Youth Hub. This identifies the media and press as a key source of support in the promotion and circulation of on-going activity initiated by the organization. Furthermore, the event leaves way for discussions on how TYC can integrate a variety of innovative multimedia approaches; broadcasting, print, social media, and other means to promote TYC’s projects more effectively to its customer base,” says Mohamed Farid, Chairman and Founder of The Youth Company, International. The objectives of the “Meet & Greet” were to showcase the facilities and soon-to-be launched spaces within Youth Hub Qatar, essentially serving as a preview before its official launch. The gathering also allowed TYC to present previous and upcoming prospects of the year, such as the follow-up conference of MyQatar: Annual Youth Forum on Sustainability and Environment, which is set to take place on the 30th of October, as well as Run The World Festival 2013, which will be slated over November and December as three separate installments: RTW Talk, RTW Festival and RTW Legacy. “Through this gathering, we hope our special guests received a better understanding of what Youth Hub and TYC do as organizations by the youth and for the youth, and how we sustain operations. It is also a valuable opportunity for us to present the expanding portfolio of projects and programs offered at TYC, multimedia releases and its significantly augmented reach to young communities in Qatar, Algeria, Tunisia and Morocco since its establishment in 2010,” spoke Aya Abu Issa, Chief Executive Officer of The Youth Company. The media guests were introduced to all the spaces within Youth Hub, briefed on major projects by TYC, its mission and values, and were also given the chance to engage in panel discussions with TYC’s Chairman, CEO and communication heads with a question and answers session, networking sessions, as well as a group photo-shoot. “It was a real pleasure having the presence of these recognized firms in Youth Hub today. It gives us great pride to see representatives from the media who are committed to developing our organization, and effectively strengthening the young communities who are, in the end, the future entrepreneurs and citizens of the world,” ended Chairman, Mohamed Farid. - ILQ News -