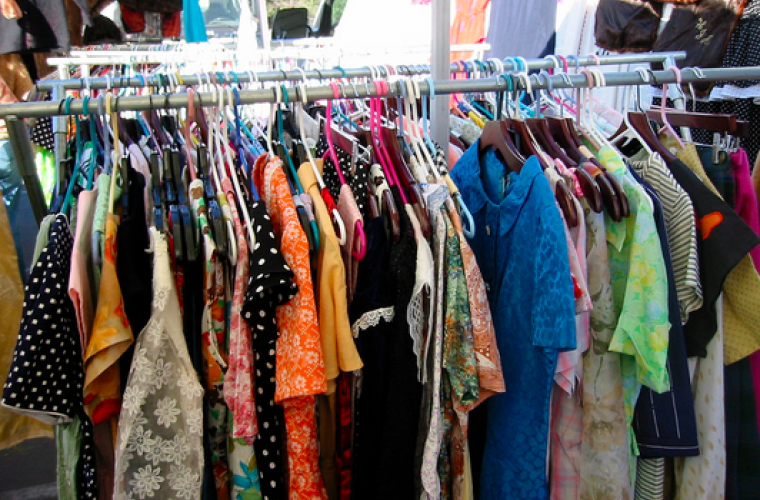 Garments, shoes and toys collected from trash bins in Doha often reach Souq Haraj, where they are sold to eager buyers at the weekend. Expatriates hawk the merchandise at the decades-old flea market.

Bangladeshi national Mahfuz (not his real name) sells off shirts, trousers and shoes he finds rummaging through garbage bins.

Pressed on how much an item earns him, he says gingerly: “I mostly sell it to my friends and countrymen in Doha. A trouser or shirt gets me QR3.” This reporter found garments — jalabiyas (women’s gowns), jeans, shirts, trousers and thobes at Souq Haraj being hawked for QR10 a piece. Enquiries revealed the merchandise came from several sources, including from discarded wares in homes.

“Some families leave old garments and other discards in black plastic bags near trash bins, to be collected and sold off,” says a Bangladeshi, not wishing to be named.

A thobe bought by a Pakistani woman for QR10 at Souq Haraj came with two used badminton racquets for her sons. “They got those for free,” said the woman, hiding her glee behind the face veil.

Dr Rana Sobh, Head of Management and Marketing at Qatar University said: “Purification rituals in cultures allow things to be cleaned and used. Low purchasing power lets families go for such things. The cheap thobe would give the woman the best out of her money.”

Aspirational value is attached to the item, says Sobh, an Associate Professor at the varsity, who has researched consumer behaviour.

Many construction workers buy discarded clothes to put them on during work, says an expatriate. “Sweat and grime during work probably demands they wear them under their jump suits worn to work.”