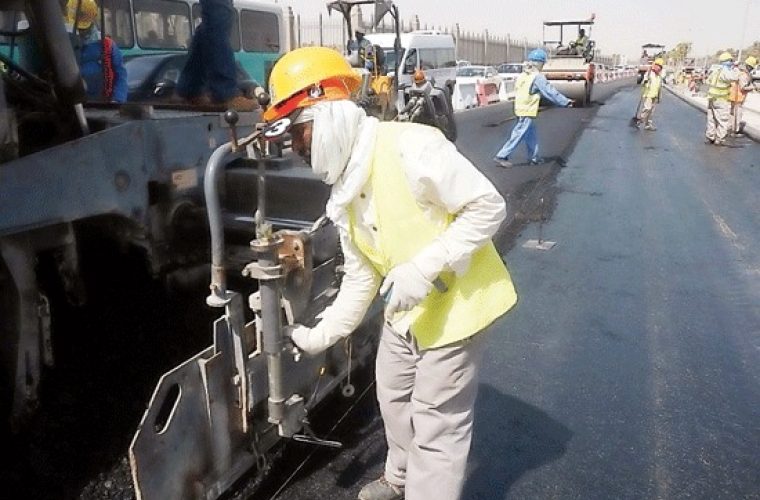 Public Works Authority (Ashghal) has come in for severe criticism by people, including a member of Central Municipal Council (CMC), after parts of Corniche Street were found damaged and its contractors have been asked to carry out repairs.

According to Al Sharq, the road whose top layer of asphalt has been found damaged at places, was built less than two years ago. The project was completed on October 15, 2013.

People, in remarks to the daily, expressed displeasure and faulted Ashghal for awarding important road contracts to companies that are not quality-conscious.

Repairs on the stretch of the street between Post Office and National Theatre intersections is slated to begin today and lasts until Sunday.

He said Qatari contracting companies must be given preference in awarding road and other project contracts as they would be loyal to the country and ensure quality.

One cannot expect such loyalty from foreign companies, he added.

He said Ashghal must fine and blacklist contracting companies that do not carry out quality work and fail to comply with Qatari standards and specifications.

And there is the need for Ashghal to frame tough and world-class standards and specifications for public projects like roads, he added.

Mohamed Dhafir Al Hajri, another member of CMC representing Al Shahaniya, said the upper layer of the Corniche Street stretch may have been damaged as the project might have been completed in a haste.

“Such mistakes are bound to happen due to a variety of reasons. Sometimes there may be a hurry to finish a project in time,” Al Hajri said.

But a Qatari, who didn’t give his name, told Al Sharq that it is primarily Ashghal’s responsibility to ensure the quality of a project.

“Ashghal is to basically blame for choosing substandard contracting companies,” the citizen said. “Such companies must admit their mistake in the first place and must be forced to carry out the needed repairs.”

The citizen said special care should be taken with regard to the monitoring of public projects because the country is passing through a hectic phase of infrastructure development.

“Such mistakes, as the one on Corniche Street, cannot be ignored,” he said.

Ashghal must frame tough rules for contracting companies and make them follow its specifications and standards strictly, he added.

Fortunately, the Corniche Street project was within the guarantee period and the contracting company could be asked to carry out repairs, the citizen said. It would be a sheer waste of public money if the guarantee period was over and Ashghal had to spend on repairs from its own pocket, he said.