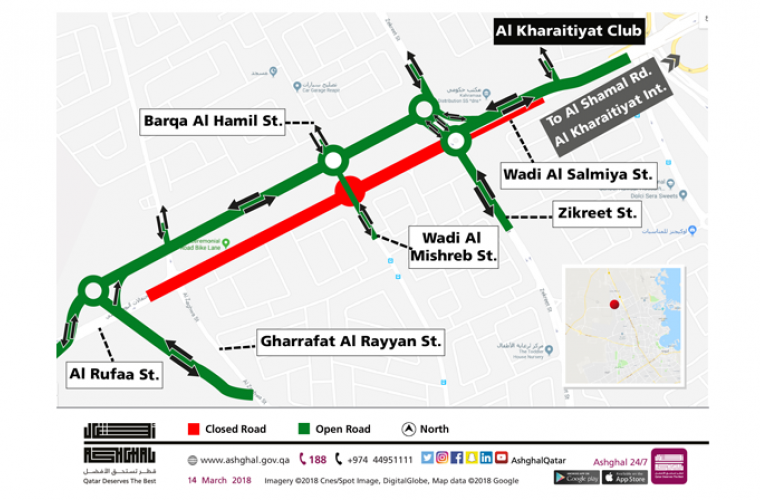 The new reconstruction will provide some expansions, increasing the number of lanes at the new intersections from two into three.

The fresh revamp will largely improve traffic leading to and from Al Shamal Road, notably Al Kharaitiyat Interchange, Al Kharaitiyat Area and local approaches such as Zikreet Street and Gharrafat Al Rayyan towards Al Rufaa Street and Dukhan Road. Also, the upgrade will boost traffic to areas of Bani Hajer, Al Wajba and Al Rayyan besides the key close facilities, including Mall of Qatar and Celebration Complex.

To facilitate the works, a diversion will be in place on Wadi Al Salmiya Street on dual carriageways as the vehicle movement will be shifted onto a 1500-metre long parallel route comprising three roundabouts and two lanes in each direction. The new layout will be in effect on Friday, 16 March, 2018 and last till 30 September, 2018.

New signage will be installed by Ashghal, requesting the road users follow the speed limit and abide by the new traffic signs for their safety.