Change the World for Turtles in Qatar 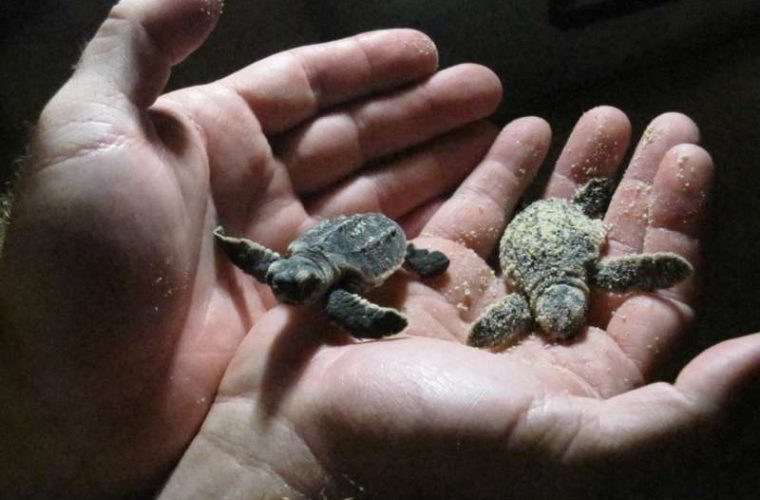 In Qatar there are around five species of turtles living in the water but only one type (Hawksbill) that nests at the beaches of Qatar. Each year between March and July, these turtles will find their way to the shore of Qatar to nest. Female turtles come to lay their eggs, and the hatchlings will later follow the light of the moon back into the ocean. But the little lives are endangered as their homes are polluted and they’re easily disturbed through noise and light, which can end fatally for them.

Recordings of turtles show appearances of the Green turtle, the Hawksbill turtle, the Loggerhead and Leatherback turtle. Their sandy homes are located in Ras Rekan, Umm Tais, Sheraouh, Fuwairit, and Al Ghariya, even though their favorite places to nest are in Halul Island with an average (60-80) nests per year and Ras Laffan Industrial City with over 100 nests per year sometimes.

Female turtles will then lay their eggs depending on high tide and once the eggs are laid, it takes around 50-60 days for the baby turtles to hatch. The hatching success is 72 per cent and has its peak in June-August. When it gets really hot in the end of June and the beginning of August the hatching process will slow down and the last hatchlings will scuttle into the sea for the first time. 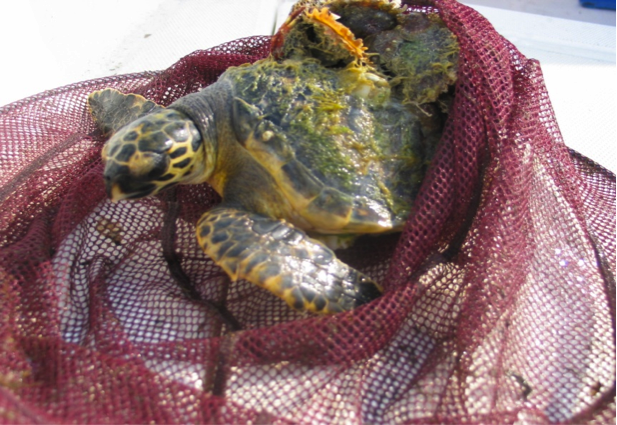 The first recordings and monitoring of the sea turtles were done in 2000-2001 within Ras Laffan Industrial City and continue till today such as the project sponsored by Qatar Petroleum, contracted to Qatar University (Environmental Studies Center) and supported by Ministy of Environment covering all the nesting sites in Qatar as to conserve, protect and monitor the marine turtles. This year (2014) is actually the best season ever recorded compared to the past eight years, in terms numbers of nests with 147 nests spotted in Ras Laffan Industrial City. (And that is after a 20% decrease in nests in 2013!)

But we need to keep improving the living conditions for the turtles, because this increase was only possible through the many Environmental projects and initiatives, such as beach clean ups, awareness to public, relocating the nests to safer areas, and there are still hatchlings and mother turtles that need to be rescued in Ras Laffan. The Industrial Cities of Qatar Petroleum itself rescued 340 lost turtles between 2011 and 2014!

So what threatens our neighbors from the ocean? As previously mentioned; light and noise distracts the turtles, as they are attracted by the sound of the waves and the moonlight on the water. When there are fires, car lights or camera flashes, music and loud engines they deter the hatchlings from the sea causing them to crawl in the wrong direction and die from exhaustion or natural predators.

Other risks are fishing nets, motor boats and jet skies, egg collection, plastic and wood waste on the beaches and the giant human foot. So in order to eliminate some of these threats, there are many things we can do.

We should always clean out our trash after a day at the beach, leave our fishing nets only in the sea for a limited amount of time and not during the nesting time of the turtles, and avoid going closely to these beaches with our cars or having bonfires during this time. And once we notice turtles, or nests on the beach, we step away, so the eggs are safe and the mother turtle is not scared.

Protection also comes from other groups such as Companies in Ras Laffan (including contractors and sub-contractors), the Friends of Environment, the Ministry of Environment and former Supreme Council for the Environment and Natural Reserves. There have been organized beach clean ups by these companies and awareness lectures in some schools.

Female turtles are being monitored, measured, tagged and some DNA samples are taken. In order to understand the turtles better, each year satellite tracking devices are attached to 5 of these turtles, and in the map below you can see which places they travel to and where they find their homes. 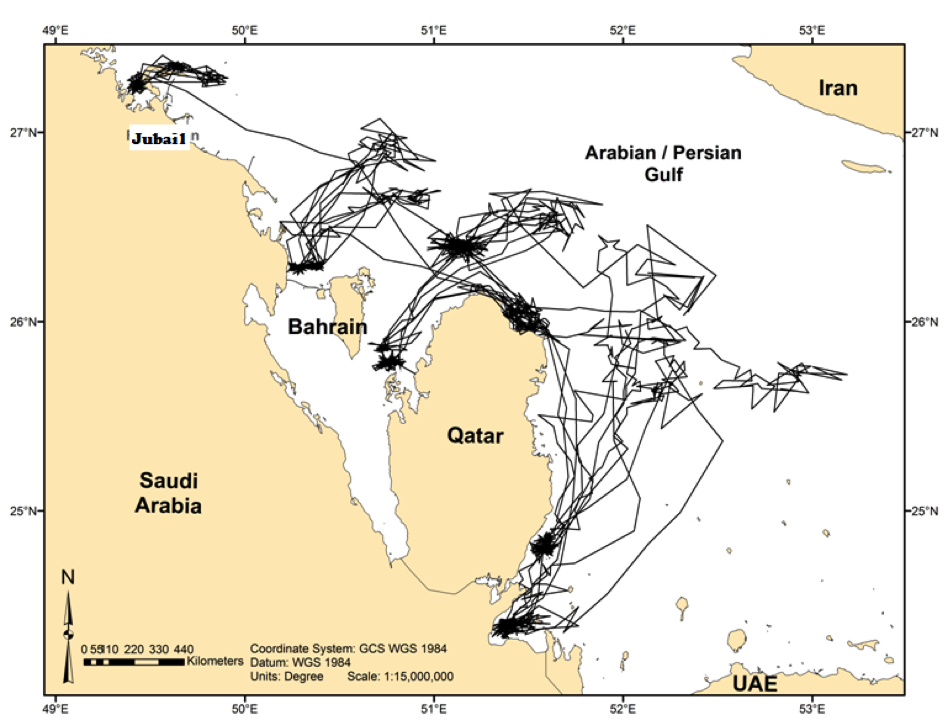 There are a few policies introduced every year to maintain the turtle protection. The nesting season will be announced next year, camping on these beaches is not allowed during nesting season, taking eggs is also not allowed and the sites will now be monitored and closed to avoid disturbances.

So let’s all take the turtles in consideration when going to the beaches, so we can share Qatar, our home, with these animals and make it an even better place for them to live and nest in peace.