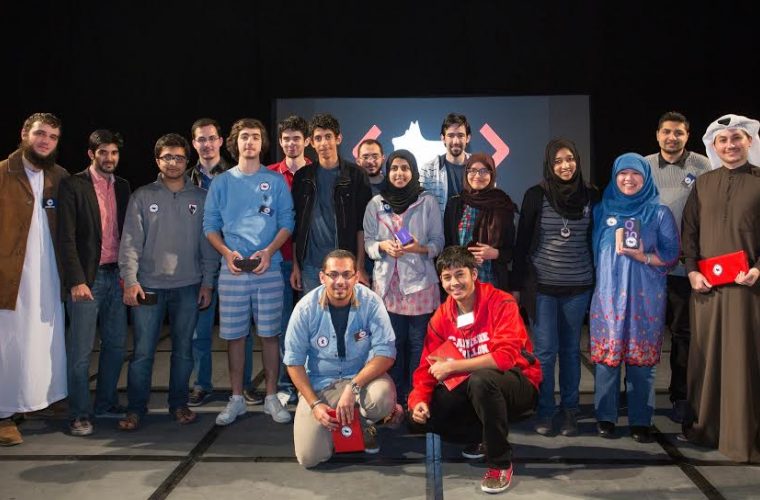 Students in Qatar develop apps in just 24 hours Led entirely by students, Carnegie Mellon University in Qatar held the second edition of its Hackathon competition during the weekend. Sponsored by Vodafone, the Carnegie Apps Hackathon brought together students from across Qatar to build cool mobile applications and games that can make a difference in the way we use technology. More than 40 students from Carnegie Mellon Qatar, Qatar University, AlJazeera Academy, and Newton International School took part in the Hackathon and were mentored by Carnegie Mellon alumni and representatives from industry giants including Vodafone, Microsoft and Williams F1. Students also had the opportunity to network with peers and professionals. Students demonstrated the innovative technologies they created to a panel of judges from Microsoft and Vodafone, who selected the winning applications based on their design, idea and creativity. Prizes included Blackberry Q10’s and iPads. This year’s winning team for the best overall app, “V-Hack,” created “Tweetmotions,” an application that extracts emotions from live tweets, enabling the user to characterize emotions associated with certain terms, names and brands. “We are thrilled to win today. These kinds of events enforce and reignite our interest in coding. We can’t believe what we achieved in just 24 hours and are excited about perfecting the application that we have created. Hackathon definitely puts the fun back into coding!” said Hira Yasin Dhamyal, a freshman in Computer Science at Carnegie Mellon and a V-Hack team member. As part of the competition, participants had the opportunity to better understand computer science through talks and interactive workshops on topics such as application design and entrepreneurship, which teach students how to think about solving computational problems and moving tech ideas from concept to reality. “Yet again, Carnegie Mellon Qatar students have delivered a great event, participants came with ideas and transformed these into a working application and demonstration in just 24 hours. Everyone who entered, showcased excellent ideas that really simplify the concept of computer programming,” said Thierry Sans assistant teaching professor at Carnegie Mellon Qatar. Sans added: “The Hackathon not only attracts students majoring in computer science, it also appeals to students from other disciplines. This competition has helped them relate to and better understand the key components of solving computational problems and find appealing solutions to those problems.” For the first time, the event was sponsored by the telecommunications company Vodafone. Khalifa Haroon, head of innovation at Vodafone Qatar, was a part of the judging panel and spoke at the event. “Vodafone is pleased to support the Carnegie Mellon Hackathon, as we believe that we have a role to play in supporting the app developer community in Qatar, bringing technology in to meet local needs, and taking local innovation to the world,” Haroon said. Carnegie Mellon Qatar students are keen to build on the success of Hackathon and encourage the wider community to get involved next year. To participate, all you need is an idea that people will use, that does not already exist and that can be developed in 24 hours. For more information about the Hackathon, visit www.carnegieapps.com Mentors included, Zaid Haque, lead desktop publishing officer, New Doha International Airport; Dania Abed Rabbou, research engineer, Carnegie Mellon University in Qatar; Omar Al-Rawi, senior software engineer, Cyber Security, QCRI; Farrukh Ijaz, senior software engineer, Fuego Digital Media; Majed Lababidi, innovation entrepreneur, Fi Technologies; Raggi Al-Hamouri, computer scientist, Driver Technology Systems, WilliamsF1; Ossama Obaid, research associate, Carnegie Mellon University in Qatar; and Afnan Fahim, 5th year scholar, Carnegie Mellon University. Full list of winners: Best Overall App: Team: “V-Hack” Hira Yasin Saeeda Muazzu Farjana Salahuddim Best Technical Challenge: Team: “Shnap” Nazar Salim Peter Antoun Shashank Shetty Abdelrehman Shouman Best Design: Team: “Noshin” Noor Ul-Huda Tarek AlHariri Nihal Fathima Cania Antariksa Best Rookie: Team: “The Rookies” Ahmed Al-Jalili Fouad Hassan Karim Al-Saka Abdullah Yehi - ILQ News -