Call for a pivotal role for women in Saudi 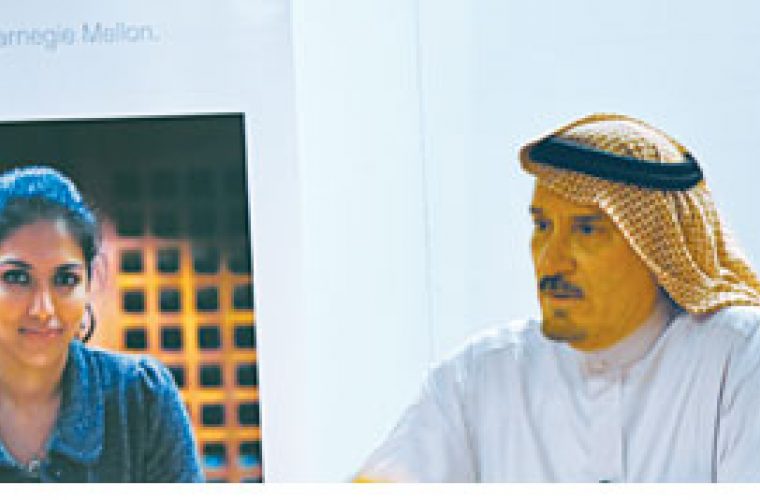 Women in Saudi Arabia should be given full rights and play a pivotal role to make reform happen in that country, urged the editor-in-chief of Arab News, the first English language newspaper in the kingdom. Dr Khaled Almaeena was delivering a lecture on ‘Saudi Arabia: Past, Present and Future,’ yesterday as part of Carnegie Mellon University in Qatar’s LAS Speaker Series. Almaeena acknowledged that Saudi Arabia shared many problems common to the Arab world – lack of job opportunities for the youth, absence of transparency in governance, restrictions on women – and spoke of the reforms that have begun to address these problems. He spoke about the positive changes occurring in Saudi Arabia and has great optimism that in the coming years the world will see a different Saudi Arabia. “It is stereotypical to think that women only work as school teachers, however, women are now working as doctors and engineers,” he stated. “The Saudi Arabian youth are seeking change, they are not looking to follow the West, they want to make their own reform, but within the perimeters of Islam. People want reform. This is why so many protests are taking place.” “Khaled Almaeena is a great inspiration to our students,” said Dr Amal al-Malki, assistant teaching professor at Carnegie Mellon University in Qatar. “Further, Dr Almaeena is known to be a great advocate of Saudi women and a great believer in their capabilities,” Dr al-Malki continued. It is enlightening to learn that 70% of the Saudi staff in Arab News are women, including the managing editor, the senior correspondent from the Eastern Province as well as the manager in charge of the Life & Style section, she added. A well known businessman and media personality in Saudi Arabia, Dr Almaeena has held various positions in Saudi media for over 30 years, including CEO of the Saudi Public Relations Company, Saudi television news anchor, talk show host, radio announcer, lecturer and journalist.