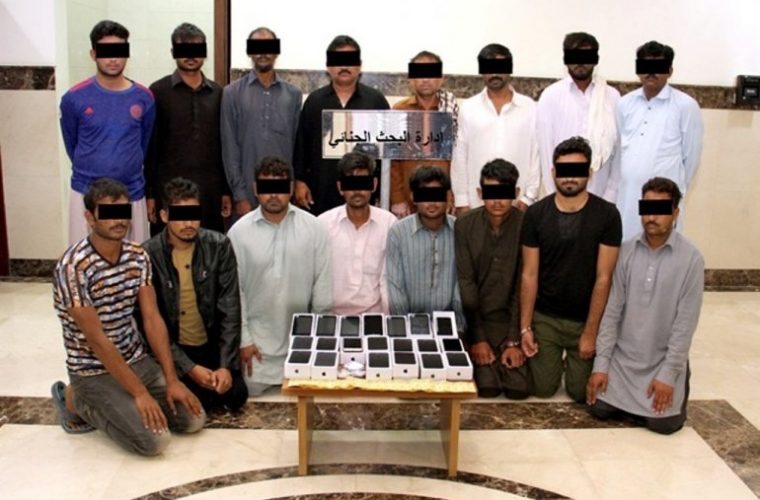 If you’ve received an SMS message from your bank recently warning against sharing confidential banking details to anyone calling and asking for such information over the phone – there’s a reason why, as Qatar Security services have apprehended 16 members of an alleged electronic fraud ring operating in Qatar.

The arrests were coordinated in conjunction with the Qatar Central Bank with the assistance of local financial institutions and telecom providers, with 16 men from Asian countries detained and large sums of cash retrieved from their possession during the bust.

The alleged accused would contact victims over the phone, informing them that they’ve won false prizes, and would then ask for their banking and mobile details, then using this information to transfer money from the victims’ accounts into their own. It’s a method known as ‘social engineering’, which uses tactics of deception and manipulation to extract confidential or personal information that may then be used for counterfeit purposes.

Jamal Mohammed Al Kaabi, Brigadier General of Qatar’s Criminal Investigations Department, stated that the department received information that customers of local telecom providers were claiming that they were contacted by anonymous individuals claiming that they had won QR 200,000 from the telecom company. Victims’ were then asked to verify a mobile SIM card serial number and, once confirmed, were instructed to provide their personal identification and banking details to collect the prize.

“As soon as we received the complaints, necessary investigation procedures were started by coordinating with local banks and also Qatar Central Bank,” stated Al Kaabi. “The suspicious money transfers were analyzed and a number of people of Asian nationalities were arrested for fraudulent withdrawals from the accounts of victims.”

transfers were analyzed and a number of people of Asian nationalities were arrested for fraudulent withdrawals from the accounts of victims,” Al Kaabi said.

Saeed Al-Qahtani, Head of the Economic and Electronic Crimes Department went on to confirm that the fraud ring was operating out of a single apartment – making it possible to arrest all suspects at once.

The apartment search and seizure yielded documents, financial transfer receipts, and a large number of mobile phones that were allegedly purchased with the proceeds of the crime. Additionally, a container with freshly-burned papers was found in an attempt to destroy further evidence.

Al-Qahtani also stated that, upon analysis, of the seized evidence, it’s been confirmed that the fraud network was managed by a person outside of Qatar, who was managing their movements within the country.

Have you ever received a call that you believed was fraudulent here in Qatar? If so, drop us a line in the comments below and don’t forget to like and share this article.