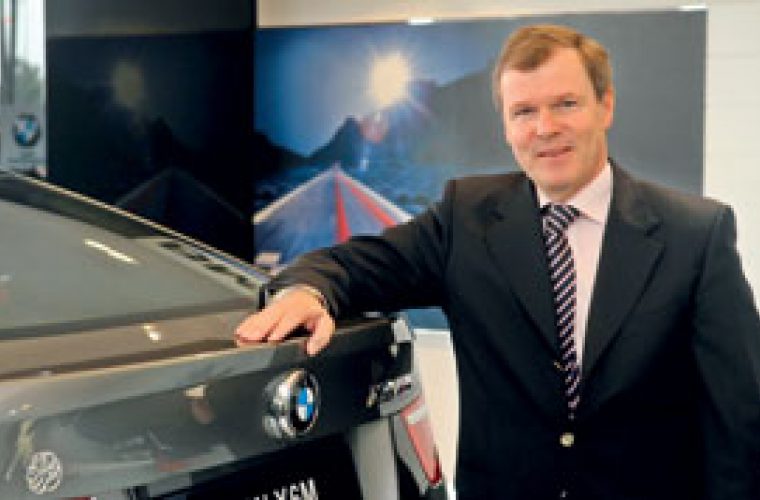 BMW has previewed its new 1-Series M Coupe at the Qatar MotoGP last weekend, as Qatar overtakes Dubai as the second biggest market for the German automobile giant’s M division. The 1-series M coupe will be available in June and is meant to provide balance to BMW’s range. Alfardan Automobiles is the authorised distribtutors of BMW in Qatar. BMW’s biggest sellers in the Middle East are the X6M, with a reported 264% increase in sales (233 cars), and the BMW X5M that saw growth of 163% (155 cars) in the last year with global M sales reaching a total of 16,967 cars. According to Kay Segler, president of BMW M GmbH, the expensive M cars such as the X models have been more suited for “the affluent middle aged customer,” while younger consumers have been left wanting for a sports car that meets their needs. The new 1-series M is expected to contribute to the already significant growth of BMW’s M division in the Middle East. Segler has driven this car regularly for half a year “since we developed it and it’s a stunning car. It’s manual and it goes back to what the old M3 E30 was.” Segler is currently in Doha attending the opening of the Qatar MotoGP 2011. BMW is the official car of the event providing 27 BMW vehicles for drivers, officials and organisers, along with the latest BMW 1 Series M Coupe, BMW X6M and BMW RR 1000 Motorrad bike provided as safety vehicles. Mohamed Kandeel, general manager of Alfardan Automobiles said: “We are delighted to have Dr Segler as our guest of honour at the 2011 CommercialBank MotoGP in Qatar. The event is a perfect platform for the M brand as it shares the same core values: sporty; agile and high-performance. With motorsport deeply rooted in BMW’s DNA, the event was a natural fit for the brand.” Segler also announced a new certified dealership concept for M models, with salesmen who specialise in the M range. Customers “are very discerning here and when the salesman is not up to speed the customer they simply ignore the salesman.” Fans of the sports car series should look for the M logo at their local dealership. Alfardan, in line with BMW’s training division, hosts regular driver training programmes for customers, recently holding one called X meets M. The company provides an opportunity to test drive cars on a circuit making sure customers know how best to use their cars in a safe driving environment. M sports pack options are especially popular in the Middle East, as are the BMW Individual line, armoured and authority cars. All five, says Segler, are highly successful divisions in the region. The new M5 will launch this November, which will be a “business car that is comfortable,” but with a push of the M button the car will reveal the brand’s racing pedigree. The car also boasts a 25-30% cut in fuel consumption. For the 7th time in a row BMW has come top on the Dow Jones Sustainability Index, making it one of the most sustainable car manufacturers in the world.