Beach-goers upset over lack of facilities 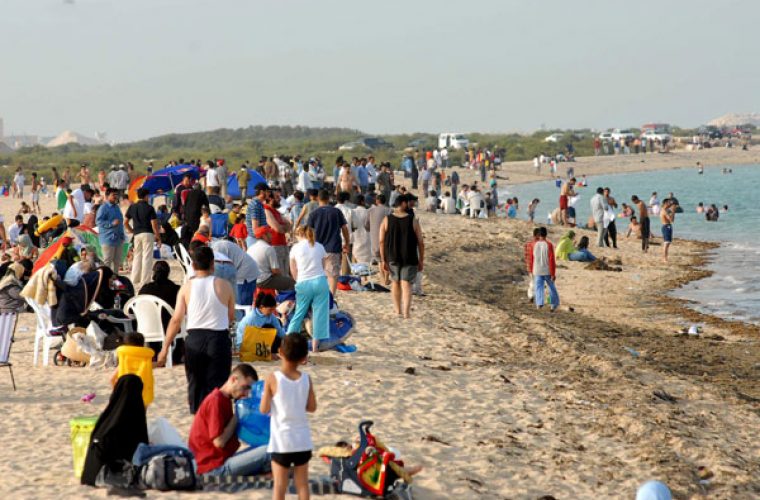 People who visited some of the country’s beaches to celebrate Eid Al Adha were disappointed at the lack of basic facilities like toilets and cafeterias.

Al Ghariya and Al Wakra beaches were among the most popular, receiving hundreds of visitors who had almost similar complaints, the local Arabic daily Al Raya reports.

Fahad Al Kaabi who turned up at Al Ghariya beach said it was among the most beautiful and attracted hundreds of people even on other holidays but the absence of toilets was irritating, especially for families with children.

“There are also no places for families to buy groceries or refreshments and have to drive to other areas,” he said.

Abdullah Al Sada, another resident who visited Al Ghariya beach, urged authorities to prioritise basic facilities for the beach, including instructions for riders not to use their water scooters up to 300 metres from the shores as it could endanger the lives of swimmers.

Al Ghariya beach is popular for water scooters and many youth who visited the beach during the Eid holidays rented scooters for racing.

Al Sada said scooter rental companies occupied a lot of space at the beach, leaving beach-goers with only a small place. He also urged authorities to regulate scooters and ensure all riders have life jackets and children are not left on their own.

Ahmed Al Abbas, another beach-goer, said Al Ghariya beach also lacked a proper road as the existing one was very narrow and often caused traffic snarls. At some beaches like Al Wakra, the Ministry of Environment allowed families to set up tents and stay for most of the Eid holidays. But this joy disappeared due to the absence of facilities and many families were forced to set up mobile toilets.

Abdullah Al Shaibani, a citizen who camped at the beach, said it was one of the most important in Qatar and urged authorities to provide basic facilities and spare residents the worries about using toilets or having to set up mobile ones

He said there are not coast guards despite the fact that the beach attract many families and the provision of life guards is essential for the safety of swimmers, especially children.

During Eid Al Adha last year, four people, including a Kenyan couple, were reported to have drowned in Al Wakra beach.

Ahmed Hassan, another camper at the beach, said the low temperatures had encouraged him and his family to try out Eid celebrations at the beach. He urged authorities to ensure cleanliness at the beach and fine violators. He said he had enjoyed sea breeze, watching over his children swimming and did exercises like running and stretching up this Eid.