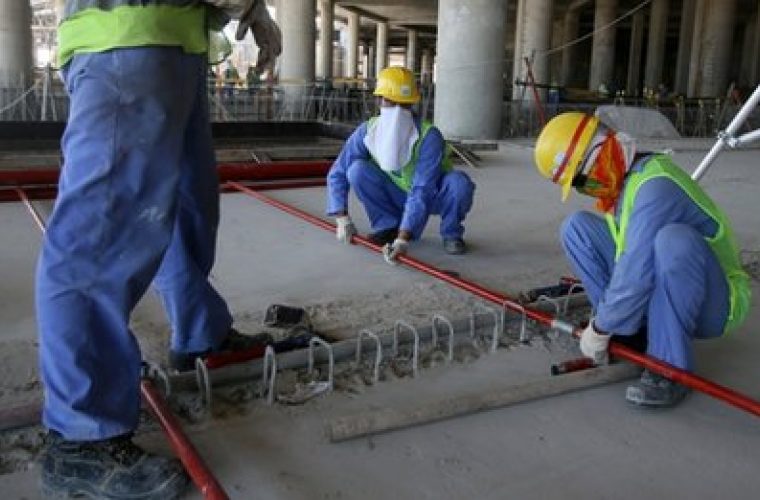 Qatar's construction sector is rife with abuse, Amnesty International (AI) has said in a report published as work begins on Fifa World Cup 2022 stadiums. Amnesty says migrant workers are often subjected to non-payment of wages, dangerous working conditions and squalid accommodation. The rights group said one manager had referred to workers as "animals". Qatari officials have said conditions will be suitable for those involved in construction of World Cup facilities. It has not yet commented on the latest report. Amnesty said it conducted interviews with 210 workers, employers and government officials for its report, The Dark Side of Migration: Spotlight on Qatar's construction sector ahead of the World Cup. The report includes testimony from Nepalese workers employed by a company delivering supplies to a construction project associated with the planned Fifa headquarters. The workers said they were "treated like cattle", working up to 12 hours a day, seven days a week, including during Qatar's hot summer months. Disabilities Amnesty said some of the abuses amounted to "forced labour". Some migrant workers were threatened with penalty fines, deportation or loss of income if they did not show up to work even though they were not being paid, Amnesty said. More than 1,000 people were admitted to the trauma unit at Doha's main hospital in 2012 having fallen from height at work, Amnesty said, citing an unnamed hospital representative. Some 10% were disabled as a result and the mortality rate was "significant", AI said. "It is simply inexcusable in one of the richest countries in the world, that so many migrant workers are being ruthlessly exploited, deprived of their pay and left struggling to survive," said Salil Shetty, Amnesty's secretary general. "Our findings indicate an alarming level of exploitation. "Fifa has a duty to send a strong public message that it will not tolerate human rights abuses on construction projects related to the World Cup." It follows a report by the UK's Guardian newspaper in September, which likened workers' conditions to "modern-day slavery". The Guardian investigation drew a strong response from the world professional footballers' association Fifpro, which collaborates with the Uni Global Union, the voice of 20 million service sector workers. Qatar must protect the rights of the workers who are to deliver the 2022 World Cup, it said. FifPro board member Brendan Schwab said it was "inexcusable for workers' lives to be sacrificed, especially given modern health and safety practices in the construction industry". http://www.bbc.co.uk/news/world-middle-east-24980013