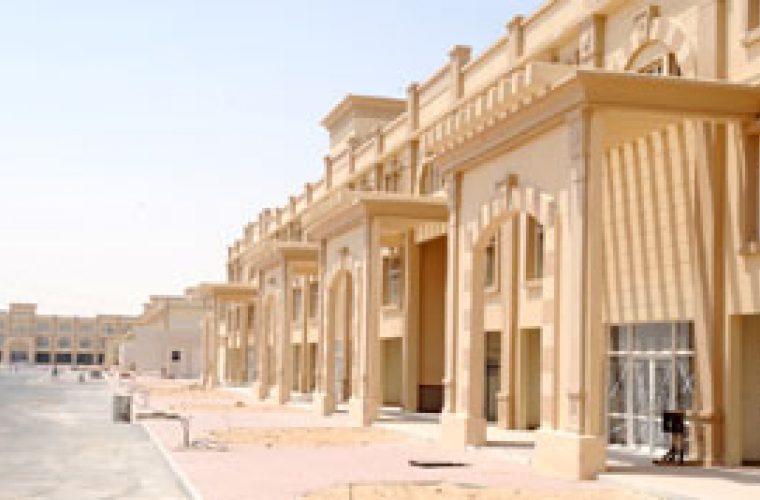 Bachelors are now eligible to apply for flats in the upcoming QR1.5bn Barwa Village Project which will be ready for occupation early next year, it was announced yesterday. An official of the Barwa Company for Real Estate Management, a subsidiary of the Barwa Real Estate Company, said that based on high-level directives single employees will be allowed to avail of the opportunity of staying at the luxurious Barwa Village located in the Al Wakrah municipality. Previously only families were eligible for living at the prestigious development in Wakrah. The project is a mixed-use residential and retail development with a capacity to accommodate 13,000 residents. He said the booking would remain open until November 30 this year for all categories including middle income bachelors. “Priority will be given to the former residents of the Musheireb area which is being readied for a new development. The exception made for bachelors at this phase came in response to many requests by former residents of Musheireb,” he added. The official also announced that the company had decided that tenants of commercial units at the project would be granted three-month exemption from paying the monthly rent, while tenants of residential units will be given one month’s discount. “This decision has come in response to high-level directives received by the company to provide high quality housing to nationals and expatriates,” the official said. About the progress of the project, he said shopkeepers could start furnishing their shops next month in co-ordination with the main contractor of the project, of which more than 85% has been completed. He said that Barwa’s senior leadership was committed to removing any obstacles that might affect the project, saying that the company was in contact with the Public Works Authority (Ashghal) to link the project directly with the Airport Road so that the would- be inhabitants could avoid the traffic congestion on the Wakrah road. Kahramaa will also provide electricity to the complex at the scheduled time. About the demand for the under construction project, he revealed that 93% of the residential units (one room and two room units) has been reserved, while contracts of some 44% of the commercial shops have been signed. He added that expatriates from 21 nationalities were among the tenants, while expecting that opening the doors for bachelors would spur the demand. “We have received some 3,000 calls during the past few weeks from persons who are either willing to register or inquire about the facilities of the project,” he added. More than 750 residential and commercial units have been already reserved. Those who are willing to apply for the flats may visit the customer service centre located on the C-ring road from 8 am-3 pm, or contact the call centre on 4595550. About the required procedures, he said applicants should bring a copy of the ID and passport, salary certificate, and marital status certificate, and an endorsed check with value of two months-rent. The monthly rental rates have been decided as follows: A 48-sq m studio apartment would be rented at QR2,500, while the one bedroom apartment (96 sq m) would be rented at QR3,000, and the two bedroom apartments (144 sq m) would cost QR4,500. The 84-sq m commercial units would be rented at QR10,700. The complex would include a shopping centre, schools, nursery, park and two mosques. http://gulf-times.com/site/topics/article.asp?cu_no=2&item_no=315025&version=1&template_id=36&parent_id=16