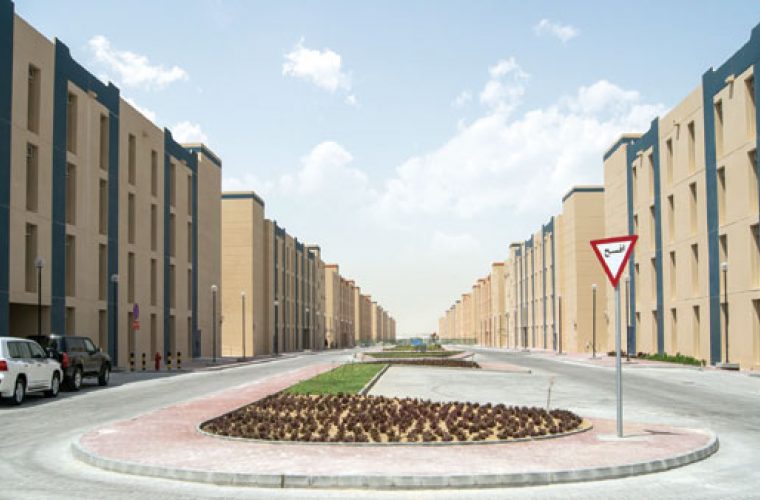 The construction work for package two of the second phase of Barwa Al Baraha project, Barwa’s largest development to accommodate as many as 24,000 workers, will begin this month, it was announced yesterday.

Package two of the second phase revolves around the construction of 32 buildings, each with four floors. Each building is to have 130 rooms. There will also be four dining halls, two playgrounds, two mosques, as well as restaurants and utility shops.

The concept of Barwa Al Baraha was born in 2008, as project designs suggested constructing workers accommodation and building the largest truck park in Qatar and the Middle East, to provide services for trucks and latest technologies in surveillance.

The project concept was announced on January 2009, following which Barwa conducted studies that concluded that the strength of Barwa Al Baraha is in its workers accommodation component which will form an integrated workers city constructed in line with the social demand within Qatar.

Barwa Al Baraha is being constructed in two phases over approximately 1.8mn sq m, with capacity of 53,000 workers. Phase one, which is now complete, provides Qatar’s largest truck and vehicle parking space, with 4,200 parking spaces for trucks of different sizes. The fee is QR15 per exit. Discounts is provided to those with monthly subscriptions with the first six months offered for free.

In January 2012, Barwa laid the foundation stone of the second phase of Barwa Al Baraha. This phase is divided into three packages. Packages one and two together offer workers’ accommodation in 64 buildings, each with 130 rooms, as well as dining halls, mosques and restaurants.

Package three, which will be constructed in the near future, will provide 16 residential buildings for junior and senior staff, each with 97 rooms. The facilities include that for sport, a shopping mall, restaurants, a medical centre and public spaces.

Barwa has so far constructed 4,426,420 sq m of projects inside and outside Qatar.