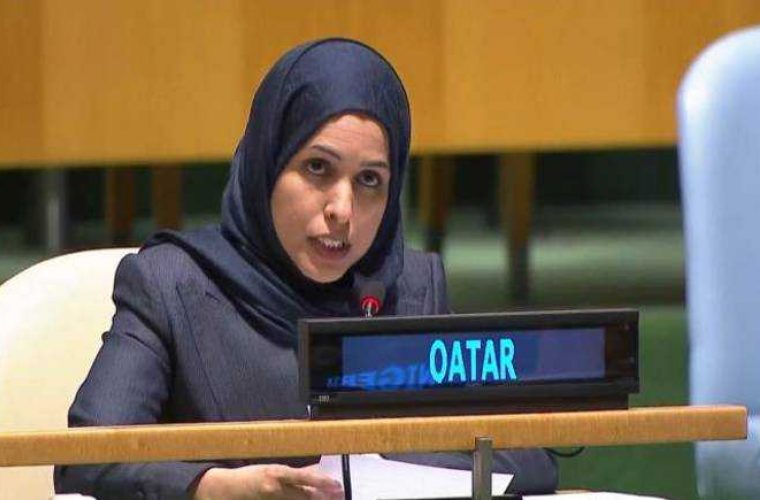 On 27 December 2018, a Bahraini Air Force aircraft entered Qatar’s airspace after which Qatar filed a complaint with the United Nations (UN) Security Council and the UN Secretary-General about this violation, as reported by the Qatar News Agency.

According to a message sent by Her Excellency (H.E.) the Permanent Representative of Qatar to the UN Ambassador Sheikha Alya Ahmed bin Saif Al Thani on 7 February to UN Secretary - General Antonio Guterres, and to Permanent Representative of Equatorial Guinea Ambassador Ndong Mba, who is the UN Security Council’s President for the month of February, the Bahraini aircraft entered into Qatari airspace without gaining any prior authorisation from the required Qatari authorities.

In the message, H.E. Sheikha Alya requested the UN to take whatever measures were necessary to end such violations from Bahrain - which were against international law - so peace and security could be maintained in Qatar and within the region, in accordance with the United Nations Charter, and tension in the region is not increased. She also asserted that Bahrain should abide by international conventions, international law and the UN Charter.

Before ending the message, H.E. Sheikha Alya reaffirmed Qatar’s commitment towards exercising 100% restraint, adhering to the UN Charter, and promoting friendly relations with its neighbours. She also stressed that Qatar reserved full rights over responding to any violations that took place within its sovereign right and would take necessary actions to protect its airspace, sea space, borders and national security, in conjunction with the provisions given within the international law.

H.E. Sheikha Alya has asked that this message be disseminated as a document of the UN Security Council and draws its attention in light of the UN Charter's Articles 34 – 35.

“The Security Council may investigate any dispute, or any situation which might lead to international friction or give rise to a dispute, in order to determine whether the continuance of the dispute or situation is likely to endanger the maintenance of international peace and security.”

“1. Any Member of the United Nations may bring any dispute, or any situation of the nature referred to in Article 34, to the attention of the Security Council or of the General Assembly.

2. A state which is not a Member of the United Nations may bring to the attention of the Security Council or of the General Assembly any dispute to which it is a Party if it accepts in advance, for the purposes of the dispute, the obligations of pacific settlement provided in the present Charter.

3. The proceedings of the General Assembly in respect of matters brought to its attention under this Article will be subject to the provisions of Articles 11 and 12.”

Since Saudi Arabia, United Arab Emirates (UAE), Bahrain and Egypt broke off diplomatic ties with Qatar on 5 June 2017, and closed off their respective airspaces so Qatar planes were banned from flying over them, there have been a number of violations on Qatari airspace by some of these countries.

1. A military transport aircraft from the UAE violated Qatari airspace on 14 January, 2018.

What do you think of this latest airspace violation? Will Bahrain adhere to international law and stop violating Qatar's airspace? Will the UN be able to stop violations of Qatari airspace? Do let us know your thoughts in our Comments section. Like and share the article, it keeps us going!