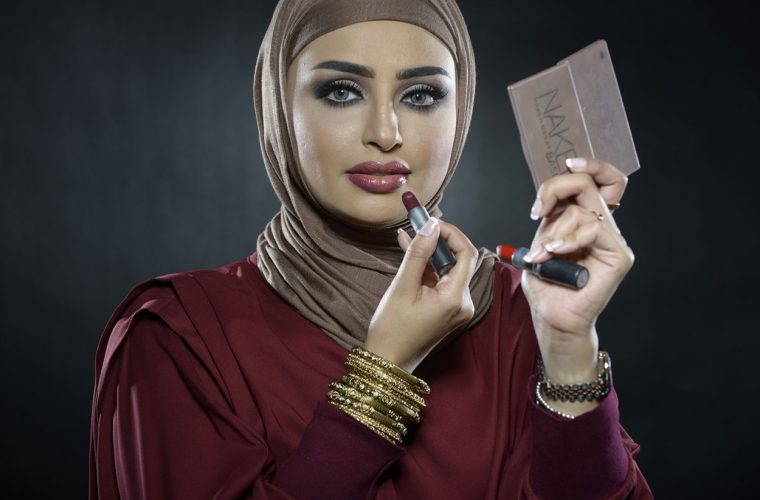 'Social media celebrity' and make-up 'blogger' Sondos Alqattan, who has a whopping Instagram following of 2.3 million, is getting an increasing amount of hate and bashing in social media after she slammed reforms agreed by Kuwait and Manila to secure the rights of Overseas Filipino Workers (OFWs) after a diplomatic crisis between the two countries sparked earlier this year.

Most Kuwaiti nationals supported the agreed amendments, however one person wasn’t as supportive.

The Instagram 'influencer' said in a video post that the new laws that have been passed (relating to the rights of OFWs) are "pathetic."

According to the new agreement, Filipino workers are entitled to keep their passports, have a break every five hours during their working day, and one day off a week.

Kuwait, just like most Middle Eastern countries, operates a Kafala sponsorship system for migrants who mostly work in unskilled cleaning and construction jobs. And just recently, Filipino workers were given new rights—including proper contracts—after a Filipino maid's body was found by authorities inside a fridge in Kuwait City a few months back.

The incident led to a diplomatic standoff in which the then newly-elected Philippine president Rodrigo Duterte demanded better rights for the two million Filipinos in Kuwait and temporarily banned citizens from travelling there. Adding up to the fume is the Philippine ambassador's statement saying that he has received 6,000 abuse complaints from OFWs in Kuwait in 2017 alone.

In Qatar, employees are entitled to have at least one day off. Taking away an employee's passport is also immensely illegal for government and private companies. If they do, they can get fined for up to 50,000 QR for taking one's passport away.

Overseas workers in Qatar are also entitled to rest during the country's four national holidays namely Eid Al Adha, Eid Al Fitr, Sports Day, and National Day. These days are mandatory but if an employee chose to work on any of these holidays, then restitution in one form or another for missed holidays is a must!

To know more about Qatar's labor law, the wage protection system, and what to do when your labor rights get violated, watch this QTips episode.

“The new laws that have been passed are pathetic. Honestly, I disagree. For [a maid] to take a day off every week, that’s four days a month. Those are the days that she’ll be out. And we don’t know what she’ll be doing on those days, with her passport on her. How can you have a servant at home who gets to keep their passport with them? If they ran away and went back to their country, who’ll refund me? I don’t want a Filipino maid anymore!”

Her remarks have sparked outrage, with many netizens dismissing the Kuwaiti 'celebrity' as the “face of modern-day slavery.” Some social media users also pinpointed Sondos' mistreatment of the teachings in Islam, with one Qatari, who chose not to be named, saying:

"A society is considered bad when fashionistas and 'social media influencers' are taken and seen as role models rather than normal ones. I'm saying this because many of the mini-celebrities I encounter are shallow-minded—including their content. Islam says: “Give the worker his wage before his/her sweat dries,” and this Muslim girl is saying otherwise"

Alqattan's fans were also turned off by her rants with some of them calling on major beauty companies partnering with the Kuwaiti blogger to boycott her.

A Twitter user under the name of @GeloCarter said:

I am calling out @ShiseidoUSA @phyto_usa @Bellacontacts @HP @ABHcosmetics and any other brands associated with Ms. Alqattan. How does it feel having someone like, Sondos Alqattan who literally supports Modern Day Slavery, represent you?

The make-up blogger, yesterday morning (July 24), has already posted a statement on her Instagram page addressing the issue saying otherwise. She clarified: "The passport of any expat employee should be in the possession of the employer to protect the employers interest. Irrelevant of the employee/employer nationality."

It can be remembered from the viral video that she's condemning the fact that Filipino workers get to keep their passport. In another report by ABS-CBN News, Alqattan told AFP by phone that the outcry was "unjustified" and did not require an apology.

"All I said was that the employer was entitled to keep the servant's passport, and that many Kuwaitis and Gulf nationals agree with me. I have the right as a kafil (sponsor) to keep my employee's passport, and I am responsible for paying a deposit of up to 1,500 dinars (around $4,900)."

As of press time, three brands, namely Chelsea Beautique, Max Factor Arabia, and M. Micallef have severed ties with the make-up artist. The hashtag #boycottsondosalqattan has also been widely-used on Facebook, Instagram, and Twitter since the news broke out.

What can you say about this viral news? Do you think that an apology from Sondos Alqattan is necessary for her rants against Filipino overseas workers? Drop us a line in the comments below and also, don't forget to like and share this article—it keeps us going!