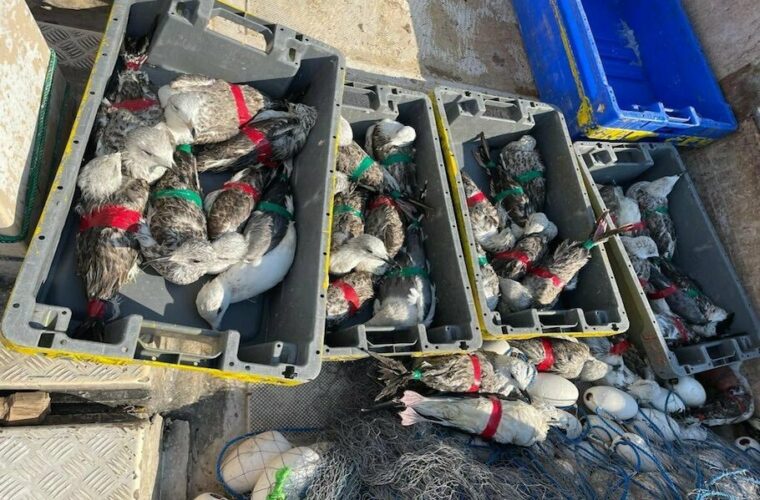 The Ministry of Environment and Climate Change announced via a tweet on 26 November 2022 that an attempt to smuggle a large number of seagulls at the Al Ruwais port had been thwarted.

As per the ministry, the seizing of the smuggle was executed by the Marine Protection Department - North Unit.

A violation has been issued against the culprits and they have been referred to Public Prosecution. It was also mentioned that the birds were released immediately based on communication with the Environmental Operations Department.

Furthermore, the ministry affirmed that the hunting, selling and transporting all wild animals without a permit is prohibited.