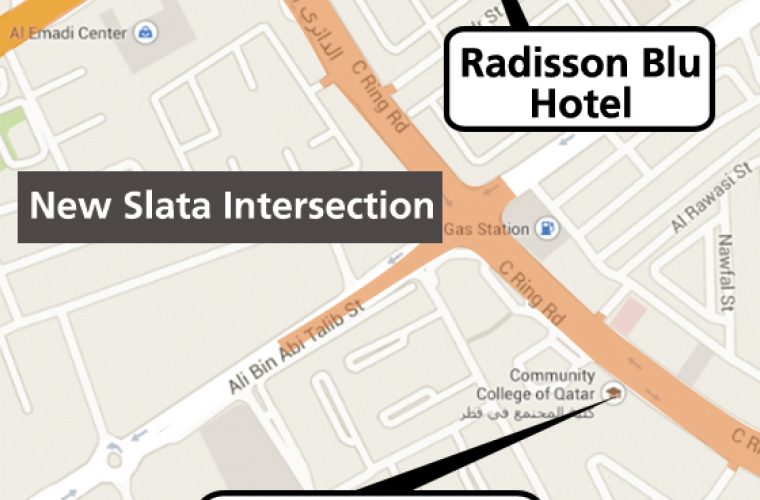 Residents and businesses in the area serviced by the new Slata junction until Al Kinana junction and from the Centre Roundabout until just before Al Asiri interchange are being informed that the Public Works Authority, ‘Ashghal’, will start on the fourth phase of road development works on C-Ring Road on Friday August 15.

Completion of the fourth phase will result in the conversion of roundabouts to signal-controlled intersections to improve traffic flow and reduce traffic congestion during peak hours. As part of the project, a signalised pedestrian crossing will be created for all four crossings at each of the new intersections. An additional benefit of the entire C-Ring Road project is to enhance the road design and increase its capacity to accommodate projected traffic increases. With the addition of a fourth lane, capacity on C-Ring Road is expected to increase by approximately 25%.

The authority explained that the reason behind starting works on the fourth phase prior to starting the planned second phase, is to prevent the overlap between the works of the C-Ring Road project and the works of a new expressway project that will commence in the near future.

To minimise disruption, two lanes will remain open to traffic in both directions throughout the construction period. Access to businesses and residences in the area will be maintained through provision of temporary alternative accesses.

Ashghal indicated that work on phase four will last for a total of nearly five months, and will include adding a fourth lane, in addition to maintaining and repaving the existing three lanes. Work on C-Ring Road will take about two and a half months, and once this section is complete, work will commence on the ‘feeder’ roads leading from C-Ring Road including Ali Bin Taleb Road and the Salwa Road extension and will take the remaining two and a half months.

The project implementation, which will be done by Ashghal’s Infrastructure Affairs, will require closing some service roads temporarily and providing alternative ones.

Pedestrian access to businesses and residential buildings in the area will be provided, until the completion of the project.

Since starting the C-Ring Road project, Ashghal has made a considerable progress on the construction of the first phase. The Umm Ghuwailina roundabout, also known as the VIP roundabout has been removed and converted to a signal-controlled intersection. Ashghal is currently laying the pre-final layer of asphalt on the newly added lanes to the intersection and will soon install traffic lights and connect them to Doha’s Intelligent Transportation System (ITS). The full works on the first phase of the project are expected to be completed as per schedule.

To keep the public fully informed about this vital project, Ashghal has implemented an integrated awareness programme. Before the start of works on the project, project brochures in English and Arabic were distributed to all businesses in the area to inform people about the details of the project and a designated community liaison officer was appointed to respond to any related requests and enquiries.The C-Ring Road development project is part of a series of projects implemented by Ashghal to improve the network of local roads and expressways across the country.