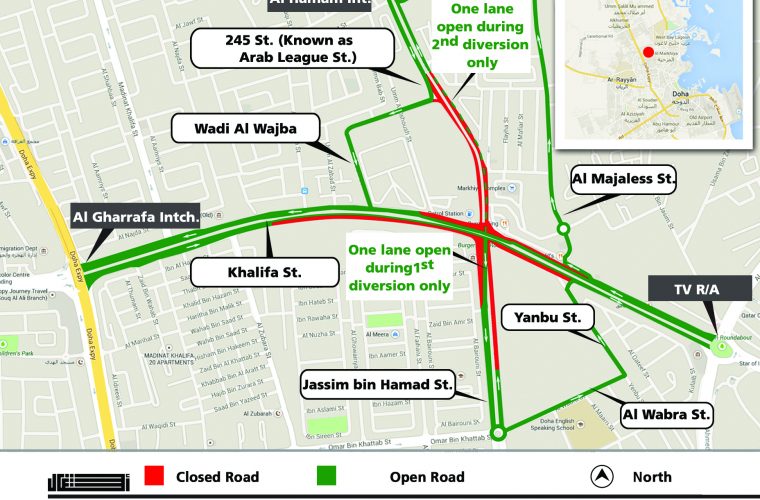 Ashghal will install road signs to advice motorists of the diversion. The Authority also requests all road users to abide by the speed limits, and follow the road signs to ensure their safety.