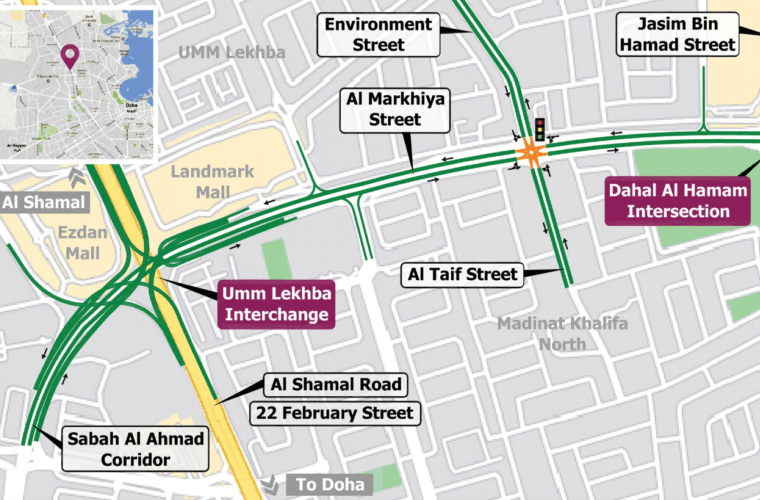 The Public Works Authority (Ashghal) has announced in a tweet today the opening of a new signalized intersection on Al Markhiya Street on Friday, June 24.

#Ashghal announces an opening of a new signalized intersection on Al Markhiya Street to link between Al Taif Street and Environment Street on Friday 24 June, 2022, in coordination with the General Directorate of Traffic @trafficqa pic.twitter.com/KoyuglyKMu