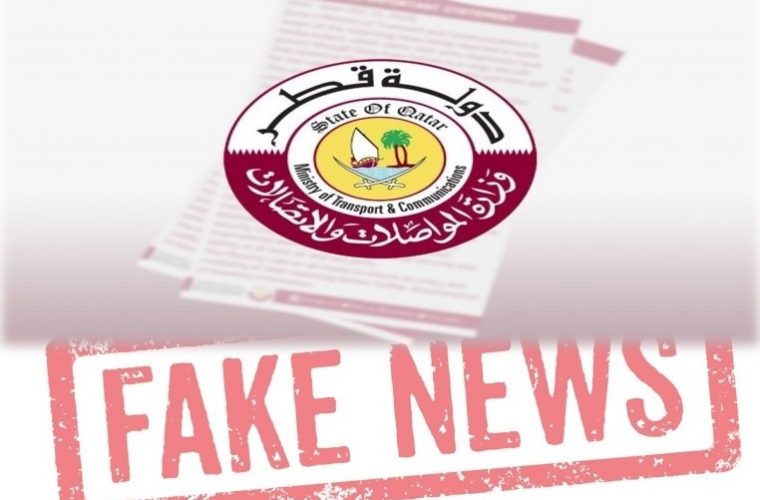 Qatar’s Ministry of Transport and Communications said in statement that they are aware of the incorrect news being reported in some media outlets, which claims that arms shipments have passed through Doha from Tehran in a cargo aircraft that landed at Hamad International Airport and then left for the Lebanese capital Beirut.

“This story is completely baseless. After reviewing the records and comparing them to the stories being reported, it was confirmed beyond doubt that this story is incorrect and not based on any facts,” the Ministry said in its statement.

The Ministry called on all media to ensure accuracy and credibility of their reporting before further dissemination of baseless information.

“The stories claim that an aircraft carrying the number QFZ-9950 landed in Doha, which is incorrect. The aircraft that landed at Hamad International Airport was carrying the number QFZ9976, which landed at 22:20 pm Doha time on Wednesday 17 October 2018. This was a cargo aircraft carrying a shipment of livestock belonging to the Qatari company Widam Food, which then left Doha for Tehran at 10:30 am on Thursday, 18 October 2018,” it added