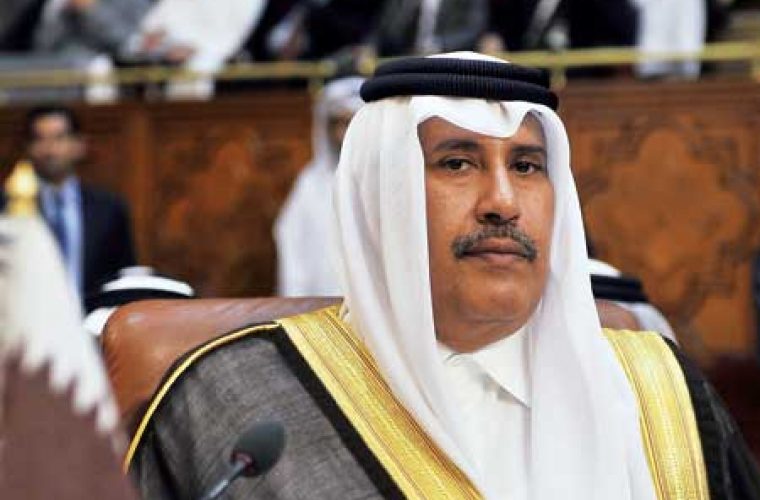 CAIRO/ RAS LANUF: Arab countries appealed to the United Nations to impose a no-fly zone on Libya as pro-government troops backed by warplanes fought to drive rebels from remaining strongholds in the west of the country. Arab League Secretary-General Amr Moussa said the League, meeting in Cairo yesterday, had decided that “serious crimes and great violations” committed by the government of Muammar Gaddafi against his people had stripped it of legitimacy. The League’s call for a no-fly zone could provide the regional endorsement that Nato has said is needed for any military action to curb Gaddafi. The League also said it had opened contacts with the Libyan rebel leadership. Qatar’s Prime Minister and Foreign Minister H E Sheikh Hamad bin Jassem bin Jabor Al Thani led a delegation to the meeting. Events on the ground, however, are moving more quickly than international diplomatic efforts. The EU and the United States have both balked at proposing a no-fly zone as Gaddafi steps up his effort to crush the uprising against his four-decade rule. Pro-Gaddafi troops unleashed an assault on the town of Misurata, the only rebel outpost between the capital and the eastern front around the oil town of Ras Lanuf. “We are hearing shelling. We have no choice but to fight,” rebel spokesman Gemal said by telephone from Misurata. “I can hear loud explosions,” said a resident who would only give his name as Mohammad. “Everybody is rushing home, the shops have closed and the rebels are taking up positions.” Mussa Ibrahim, a government spokesman in Tripoli, could neither confirm nor deny a military operation was under way. “There is a hard core of Al Qaeda fighters there,” he said. “It looks like a Zawiyah scenario. Some people will give up, some will disappear ... Tribal leaders are talking to them. Those who stay behind, we will deal with them accordingly.” It took a week of repeated assaults by government troops, backed by tanks and air power, to crush the uprising in Zawiyah, a much smaller town 50km (30 miles) west of Tripoli. While the death toll in Zawiyah is unknown, much of the town was destroyed, with buildings around the main square showing gaping holes blown by tank rounds and rockets. Gaddafi’s forces bulldozed a cemetery where rebel fighters had been buried. Gaddafi’s guns are now trained on Misurata. The rebels have repeatedly called for foreign countries to impose a no-fly zone to stop air strikes on cities, while insisting they do not want military intervention on the ground. Arab League Secretary-General Amr Moussa told a news conference after the Cairo talks: “The Arab League has officially requested the UN Security Council to impose a no-fly zone against any military action against the Libyan people.” It was not immediately clear how Russia and China, who have veto rights in the Security Council and have publicly opposed a no-fly zone, would react to a call for action from a regional body; the more so since the call was, according to Omani Foreign Minister Youssef bin Alawi bin Abdullah, backed unanimously. The terms of any no-fly zone would have to be agreed carefully and time may be working against the rebels. REUTERS