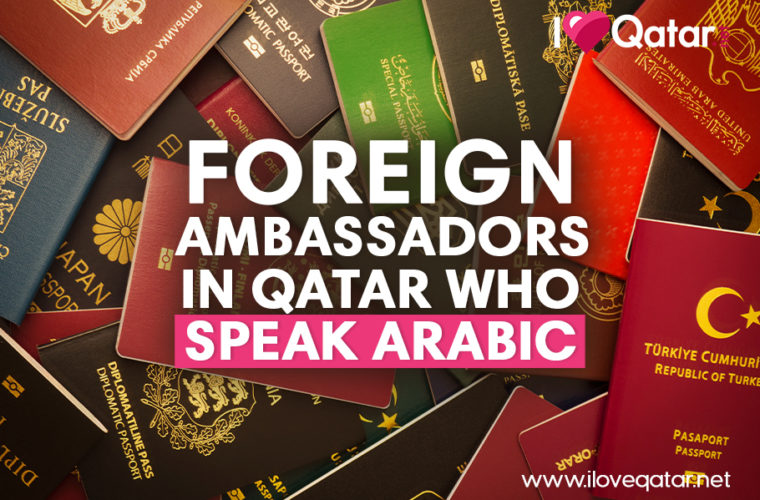 Speaking the language of the country you're living in has many advantages. It helps you to learn more about the culture of a country, opens up more doors to new opportunities and helps you understand and engage better with the local people.

Jon Wilks CMG took up his role as the British Ambassador to Qatar in March 2020. He has a long association with Arab speaking countries throughout his tenure and can speak fluent Arabic, along with his native English.

Barnabas Fodor has been the Ambassador of Hungary to Qatar since 2017 and is a fluent Hungarian, Arabic and English speaker. His father was the head of the department of Arabic at a Hungarian university which is where Fodor developed his love for the language.

In October 2020, Georges Bahsa Hazim was appointed as the Ambassador of the Dominican Republic to Qatar. He is a businessman and entrepreneur, with more than 25 years of experience in the telecommunications industry. Georges is fluent in Spanish, Portuguese, English, and Arabic due to his Lebanese heritage, becoming his competitive advantage when doing business with the Middle East. His continuous engagement with the Arab community in the Dominican Republic is evidence of his commitment to his Arab roots, engaging in several important roles such as President of World Lebanese Cultural Union for his country and part of the board of Arabic social clubs.

Dr. Mustafa Göksu, Ambassador of the Republic of Turkey to Qatar took up this role in August 2020, before which he was part of the Turkish Maarif Foundation as a Member of the Board Trustees. He speaks Turkish, Arabic and English fluently, which makes it easier to serve the position he is in here in Qatar. He has a PhD in Basic Islamic Sciences from the Turkish Sakarya University, and also gained a Business Administration and International Trade Certificate from Seneca College in Toronto, Canada.

A post shared by Turkish Embassy in Doha (@tc_dohabe)

Arman Issagaliyev, Ambassador Extraordinary and Plenipotentiary of the Republic of Kazakhstan to Qatar, took up this position in September 2020 after working in the same position in Algeria and Tunisia (2019-2020) and Egypt (2017-2019). He has a degree from the Al Farabi Kazakh National State University where he then worked as a Professor from 1994-1995, before embarking on a diplomatic career in different Arab speaking countries like Dubai and Saudi Arabia, Egypt, Algeria, Tunisia, and now Qatar. He speaks fluent Arabic which has worked to his advantage in Arab-speaking countries.

Belén Alfaro Hernández, Ambassador of Spain to Qatar, has been in Doha since 2018, when she took up this position on 29 October. She was born in Madrid and started her career as the Deputy Head of the Coordination Unit, State Protocol, Cabinet of the Presidency of the Government, Madrid in 1991-1992. She has, since then, held many prominent positions in different parts of the world. She is a fluent Spanish, English and Arabic speaker, and can read and write Arabic, as well.

Do you know any more Ambassadors in Qatar who speak Arabic? Do let us know in our comments section below. Like and share the article it keeps us going!