Another award for ‘Doha Tower’ 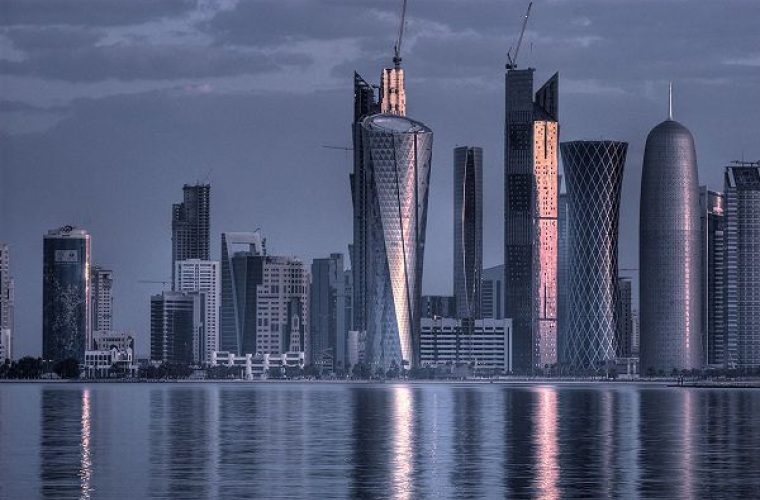 The ‘Doha Tower’ at Corniche has won yet another award for its outstanding looks and unique features. The 46-storey tower bagged ‘The GCC Building Project of the Year’ award at the recently concluded ‘MEED Quality Awards for Projects 2013’. The tower which is owned by Sheikh Saoud bin Mohammed bin Ali Al Thani, entered by China State Construction Engineering Company, was designed by Jean Nouvel, the rock star of architecture and author of the upcoming National Museum of Qatar. Earlier, (June 2012) this wonderful tower was named the ‘Best Tall Building in Middle East and Africa by the Chicago-based Council on Tall Buildings and Urban Habitat (CTBUH). The Gulf region’s highest quality projects have been revealed at the recently concluded 2013 MEED Quality Awards for Projects, in association with Ernst & Young, the only GCC-wide awards programme that recognises completed projects. Qatar, Bahrain and Kuwait each received an award; while Oman and Saudi Arabia had two apiece. The UAE led the region with five award-winning projects. “This year’s edition of the awards programme received a higher number of entries, firmly establishing it as the most sought-after recognition initiative in the projects industry,” said Edmund O’Sullivan, chairman of the judging panel of the MEED Quality Awards for Projects, in association with Ernst & Young. “This signifies the important value placed by stakeholders on achieving quality in their projects not just by aspiring for excellence in design, engineering and construction; but also in terms of their projects’ contribution to the economy, society and the environment. For their outstanding achievements, we salute all the winners,” O’Sullivan said. Dubai International Airport – Concourse a Project from Dubai Aviation Engineering Projects Corporation received the highest honour. It also won the GCC Transport Project of the Year Award’. The other big winners were the Sewage Treatment Plant of Duqm Crowne Plaza Project owned by OMRAN which won the GCC Water and Water Reuse Project of the Year award; and the Octal Petrochemicals Expansion Phase Project owned by OCTAL Petrochemicals (entered by Faithful+Gould), a joint winner in the GCC Mashreq Oil and Gas Project of the Year category along with Saudi Arabia’s Ma’aden Ammonia Plant Project owned by Ma’aden (entered by Samsung Engineering). Source : Qatar Chronicle