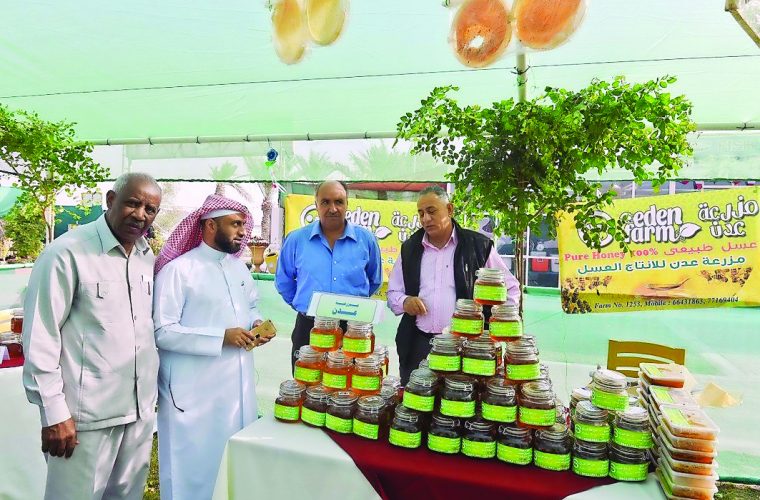 The Ministry of Environment yesterday launched its annual ‘Honey Festival’ at the winter vegetable market in Al Mazrouah Yard in Umm Salal.

The festival is part of the national honey bee project launched in 2003 to promote indigenous honey production by providing financial and technical support to farmers.

The two-day festival will be followed by similar events at the other two winter markets in Al Wakrah and Al Khor-Dakhira.

The festival at Al Wakrah market will take place on January 14 and 15 and in Al Khor-Dakhira yard from January 21 to 22, Al Sharq reports.

Local honey is available in these markets in limited quantities.

According to earlier statistics, the annual honey production in the country rose to an impressive 16 tonnes last year and the ministry aims to double it in four years. Qatari honey is produced mostly in the apiaries in Al Shamal and Sheehania. Produced by bees that collect nectar from the Sidr trees, the local honey is considered to be of high quality with medicinal value.

Yousuf Al Khulaifi, Director, Agricultural Affairs Department at the ministry, said 15 local farms are participating in the festival, which provides an opportunity to introduce the national project to farmers.

Since the launch of the project in 2003, the ministry has set up a programme to support and popularise bee farming. It has also allocated a budget to support farmers by providing hives and technical support.

The ministry has assigned technicians to assist farmers in every phase of honey production, starting from training of workers, regular visits to farms and close follow up on bee-raising.

Al Khulaifi said the project has helped increase production significantly. It also aims to provide an extra source of income for farmers and encourage investment in agriculture. He said local honey is becoming popular because it is trusted by people for its quality and purity.

In the first phase of the project in 2003, the ministry distributed 10 hives to 30 farms, which together produced 1.6 tonnes of honey. In the second phase, another 10 hives were given to 15 farms in 2014. The third phase of the project starts in September, targeting 15 new farms selected according to standards and criteria, including their diversity, availability of the Sidr trees and shaded areas.

The colour and flavour of the honey are determined by the type of plants visited by the bees. Common sources of nectar include agricultural crops, fruit trees, small fruits and ornamental and wildflowers.

Al Khulaifi said a major advantage of honey farming is that production and operational costs are very low. The ministry provides durable accessories and equipment for farmers.