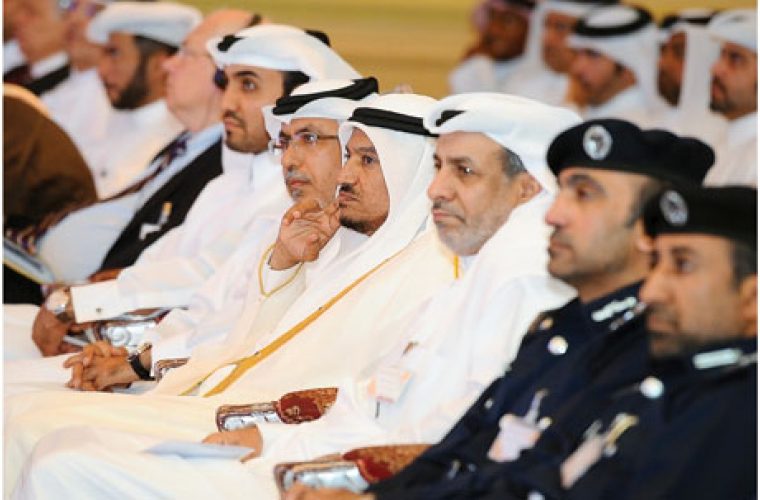 London-based Amnesty International has described the exit permit system prevalent in Qatar, whereby a foreign worker needs his employer’s permission to travel overseas, as a basic violation of human rights and called for reforms.

The system amounts to preventing the right of movement of individuals. “Everyone has the right to leave a country,” Amnesty International said.

The organisation said no private actor should be given the right to decide whether a migrant worker can leave a country or not.

This authority should be in the hands of the state and should be properly regulated, the Amnesty said.

“Of course, the state should be able to stop someone leaving Qatar if he has committed a criminal offence,” said Audrey Gaughran, Director Global Issues, Amnesty, calling for reforming the exit permit system.

Gaughran was taking part in a panel discussion here yesterday in an event organised by Al Sharq newspaper on the occasion of the International Labour Day.

Gaughran lauded the Qatari government at the outset for engaging with civil society organizations on labour issues, including the Amnesty.

Criticising the sponsorship law, she said no private employer should have the control over someone changing the job. “The no-objection should not be in the hands of the employer.” 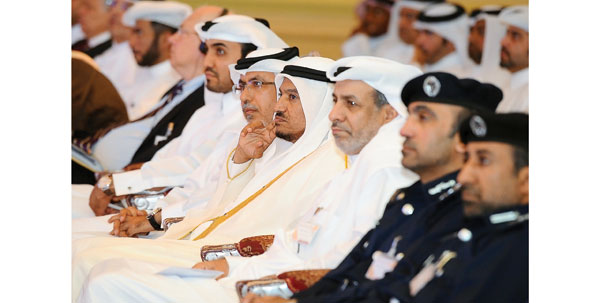 (From left) Al Sharq Editor-in-Chief Jaber Al Harami, the Minister of Labour and Social Affairs, H E Dr Abdullah Saleh Mubarak Al Khulaifi, Dar Al Sharq CEO Abdul Latif Al Mahmoud, and Brigadier Nasser Al Sayed, Director of the Search and Follow-Up Department at the Ministry of Interior, and other officials at an event organized by Al Sharq on the occasion of International Workers Day at the Ritz-Carlton hotel in Doha yesterday.

The state should issue work permits and should have a system that enables people to change jobs legally, she said. Gaughran cited a study that suggests that passports of 90 percent of workers are kept by the employers in violation of Qatar’s law.

Later, replying to a question from this newspaper, Gaughran said she had heard that some changes were going to take place in the sponsorship law, but added that she didn’t know the

Nasser Al Sayed, the other panellist, said that action had been taken against 84 companies accused of selling work visas. The matter has been transferred to Public Prosecution for investigation and filing charges.

The courts have so far issued 43 verdicts against companies charged with involvement in the illicit visa trade, he said. Some 128 companies have been fined by the courts.

According to Al Sayed, the Search and Follow-Up Department is going to open offices with the Ministry of Labour to receive complaints from workers, including those who have run away from their sponsors.

Al Sayed said that his department, while implementing the law, takes humanitarian aspects into consideration.

He said: “We consider expatriate workers as partners in the development of our country.”

The rights of workers are protected even when they are found violating the law.

“We try to solve their problems,” the official said.

Earlier, Gaughran said that the employer should be faulted if a worker is found without an identity (ID) card. What is the fault of a worker if he doesn’t have an ID? Why should he be arrested, she wondered, adding that the government should protect such workers.

Colonel Abdullah Al Mohannadi said that his department was set up in 2005, and has done a great job since its inception. One of its jobs is to coordinate with different communities and create awareness about human rights among citizens and workers.

He said: “In a country where 80 percent of the population is expatriate, we are trying our best to manage and realise justice”.

Earlier, Jaber Al Harami, editor-in-chief of Al Sharq newspaper, organiser of the event on the labour issue, said the idea behind holding the conference was to provide a platform for dialogue between different stakeholders in protecting the rights of workers.

It was also an opportunity to highlight the efforts of the Qatar government to improve the labour environment and related laws, he said.

The Minister of Labour and Social Affairs, H E Abdullah Saleh Mubarak Al Khulaifi, Al Harami and Abdul Latif Al Mahmoud, CEO of Dar Al Sharq, launched a White Book (published by Al Sharq) on the sidelines of the conference. The White Book on the labour situation in Qatar talks, among other things, about protection of workers’ rights in the country.