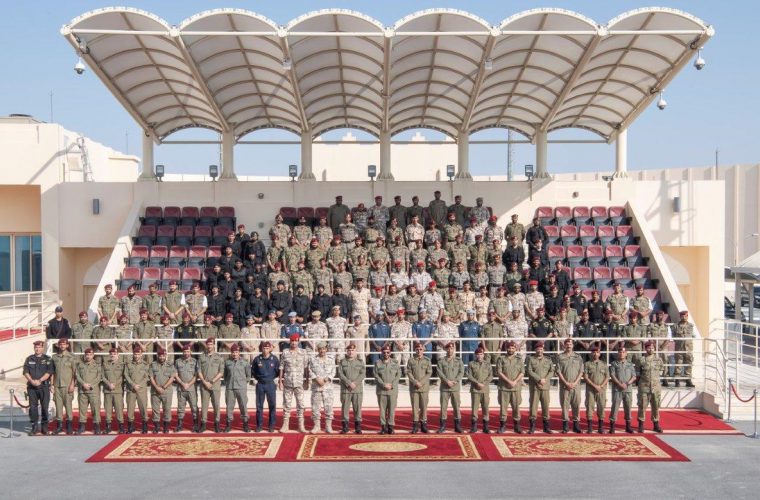 The Amiri Guard School has celebrated the closing of the first part of the training season for 2019/2020, where it graduated a number of basic and advanced courses, at the camp of "Hosniya", under the patronage and presence of the Commander of the Amiri Guard Major General Hazza bin Khalil Al Shahwani.

At the beginning of the ceremony, Colonel Ali ARahma Al-Muraikhi, Acting Commander of the Emiri Guard School, confirmed that the conclusion of the first part came to culminate the strenuous efforts made during the past period of the training season. He noted that the school of the Amiri Guard always seeks to develop and modernize the training system in order to reach the highest level of efficiency and readiness of the staff of the courses, in line with the directives of the leadership of the Amiri Guard.

The trainees presented a number of field activities that reflected the competence and combat readiness enjoyed by the Amiri guards.

It included a series of methods of self-defense through the application of a variety of combat movements that trained them, in addition to jumping over the firewall with skill and ingenuity.

The activities also included realistic scenarios for intrusions in the counter-terrorism cycle through tactical descent from the top of the buildings, airdrop from the helicopter, in addition to shooting skills by hitting fixed and moving targets accurately, and the application of a number of hypotheses for rapid intervention, and protection of personalities.

In conclusion, the Commander of the Amiri Guard honoured the graduates