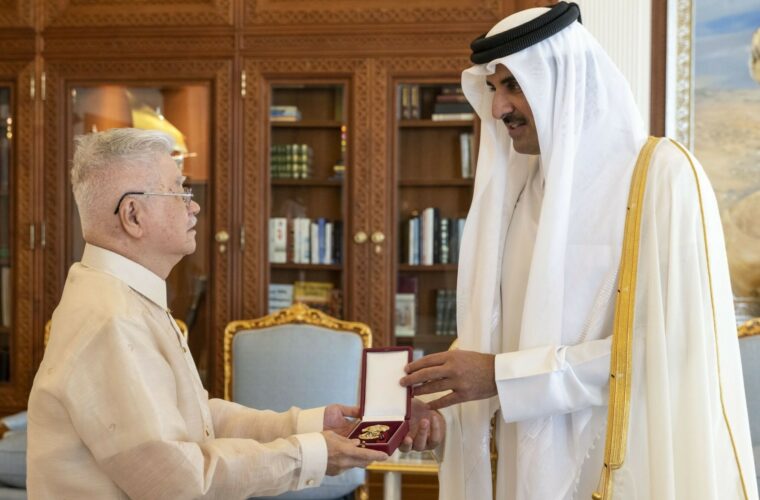 H.H. the Amir Sheikh Tamim bin Hamad Al Thani received the Ambassador of the Republic of the Philippines, Alan L. Timbayan, on the occasion of the end of his tenure in the country.

The Amir awarded the Al Wajbah Medal to Alan L. Timbayan in commemoration and appreciation of his role in the strengthening of bilateral relations between Qatar and the Philippines. The Amir wished him success in his future endeavors.

Al Wajbah Medal is bestowed on foreign ambassadors accredited to the State in recognition of their valuable services to the State of Qatar.

Alan L. Timbayan has served as the Ambassador of the Philippines in Qatar since 2017. He recently inaugurated the Philippine Corner at Katara Cultural Village as one of his final duties to fulfill in his role.

The Philippine Ambassador expressed his thanks and appreciation to the Amir and to state officials for the cooperation he received that contributed to the success of his work in the country.