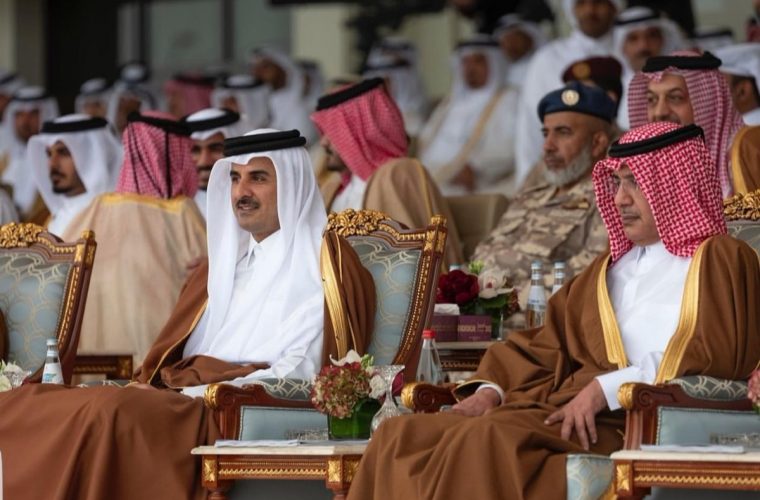 The parade was also attended by HE Speaker of the Shura Council Ahmed bin Abdullah bin Zaid Al Mahmoud, and a number of members of the Shura Council, in addition to a number of Their Excellences guests, including HE President of the International Federation of Association Football (FIFA) Gianni Infantino, and HE Commander of U.S. Air Forces Central Command Lieutenant General Joseph Guastella.

It was also attended by a number of members of the Municipal Council, heads of diplomatic missions accredited to the state, and a number of leaders of branches and units and senior officers of the Armed Forces and the Ministry of Interior, in addition to notables and a large group of citizens and residents.

Following the National Anthem and the firing of 18-shot gun salute to celebrate Qatar National Day, the national parade started with the entry of horsemen and camel cavalry and an air show featuring several aircraft types including "Rafale" multi-purpose jet fighter; "Apache" attack helicopters; "F-15" warplanes; and "Typhoon" multirole fighters in addition to other military helicopters as well as transport and cargo aircraft.

The show concluded with a parade of children dressed in Amiri Guard uniform.

All units of the land, air, and navy armed forces, the Amiri Guard forces, and the Lekhwia participated in the national parade, in addition to members of the Ministry of Interior from the civil defense force, coast guard, borders guard, traffic police, members of the Police College and National Service Recruits.