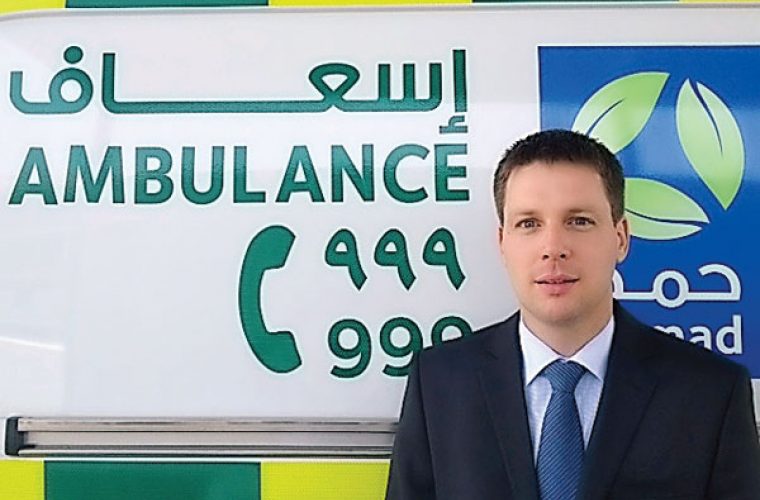 “Among the calls we receive, 20 percent are not immediately clear what is wrong and we have to do initial investigations once we arrive. The rest of the calls can be split into trauma-related and medical emergencies. These are injuries from road accidents, those injured at work places, accidents at home and medical emergencies such as cardiac problems and other respiratory difficulties,” Morris told this daily.

“Emergency calls come from an increasing number people and reflect increasing confidence in Ambulance Service and our ability to provide efficient care,” he said.

“We get to people in Doha within 10 minutes at 84 percent of the time. Outside Doha it is 98 percent in less than 15 minutes, so the average response time is eight minutes,” said Morris.

More than 1,000 people are working in Ambulance Service. There are about 70 ambulances operating daily, depending on the day of the week and the number is decided through a system.

Each ambulance usually travels with two paramedics, including the driver.

HMC also has two helicopters for emergency transportation which operate 24 hours. They are used in critical cases or when a patient is very far from hospital.

Besides the routine expansion of its frontline services, Ambulance Service is also at an initial stage of preparing for sporting events leading up to FIFA World Cup 2022.

“We are also concentrating on increasing the capacity of major incident response resources to be in position for big events, where many people are gathered and to be well prepared if there is a major emergency,” Morris added.