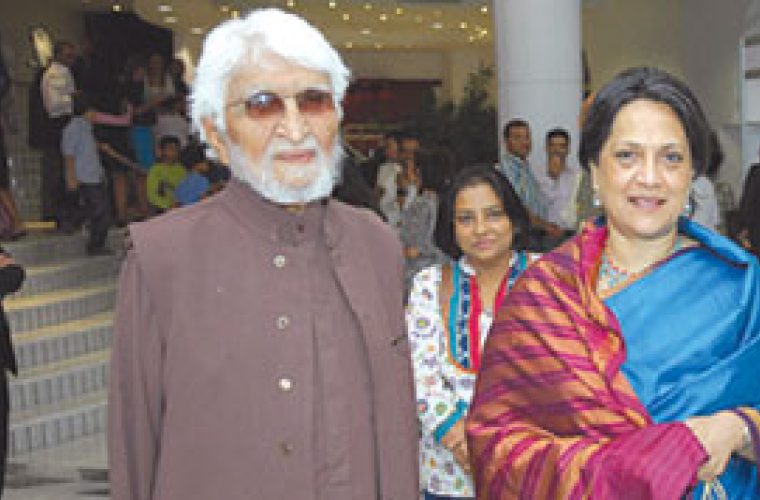 Indian Ambassador to Qatar Deepa Gopalan Wadhwa has described artist M F Husain, who passed away in London yesterday, as “a great patriot and great human being”. After surrendering his Indian national passport, Husain was given Qatar citizenship in the first week of May last year. The artist had been living in Doha at intervals since the beginning of 2007. Recalling her association with the painter, whose works are widely appreciated across the globe, Wadhwa, an avid collector of paintings, said that Husain’s death was “a national loss indeed for India” as described by many of its leaders. “In his death, India has not only lost a pre-eminent artist who raised the profile of the country’s modern art at the international level but also a genius who chronicled the history of his times with a keen and perspective eye,” said the ambassador, who is a regular at major art and painting exhibitions held in the country. Wadhwa said her first meeting with Husain took place close to 25 years ago while she was serving at India’s embassy in Beijing. “He was visiting China as part of a cultural exchange programme,” she recalled. Wadhwa remembered Husain fracturing his toe while walking on the streets of Beijing in his characteristic barefoot style. “When I met him many years later in Doha, under quite different circumstances, he vividly recalled that visit because he was gifted with an elephantine memory for the smallest detail,” she said. The ambassador said her recent interaction with Husain in Doha began on a somewhat painful note when he approached the embassy to surrender his Indian passport on obtaining a Qatar nationality. “However, he was acutely conscious that this should not in any way rupture his ties with India or his freedom to travel to India at will, and he applied for an Overseas Citizen of India (OCI) card simultaneously. I was happy that the embassy was able to process the OCI card for him in a record time.” “We became friends in no time and Husain saab would frequently call me during his visits to Doha with his characteristic question ‘Hum apke pass ajayein?’ (‘Can I come over?’)” she recalled. Wadhwa said she felt fortunate to have been able to spend many hours with the artist, enjoying his zest for life. “He was fond of writing poetry with a twist of humour, which he would read out to me,” said the envoy. Wadhwa also recalled her last meeting with him a few months ago. “I had told him I was going to Kerala for the weekend and he asked me to bring back for him the ‘hawa’ of Kerala. I laughed and said it was easier for me to bring Kerala halwa, and he in his normal child-like manner responded enthusiastically. “Promptly, on my return, he arrived at my house demanding to eat the Kerala halwa which he not only ate but also carried with him.” The ambassador said it was hard to come to terms with the fact that that visit was the last time the artist would wander into India House in Doha. “As the nation mourns the loss of a great son and a great artist, one should also remember that he was a great patriot and a great human being,” she said. Wadhwa also remembered Husain telling her that he planned to return to India, and even mentioned that he might start with Kolkata as his first point of entry. “Husain saab leaves behind a legacy of great works of art and also wonderful memories for each one of those whose lives he touched,” said the ambassador Ambassador Wadhwa with M F Husain at a function in Doha a few months ago