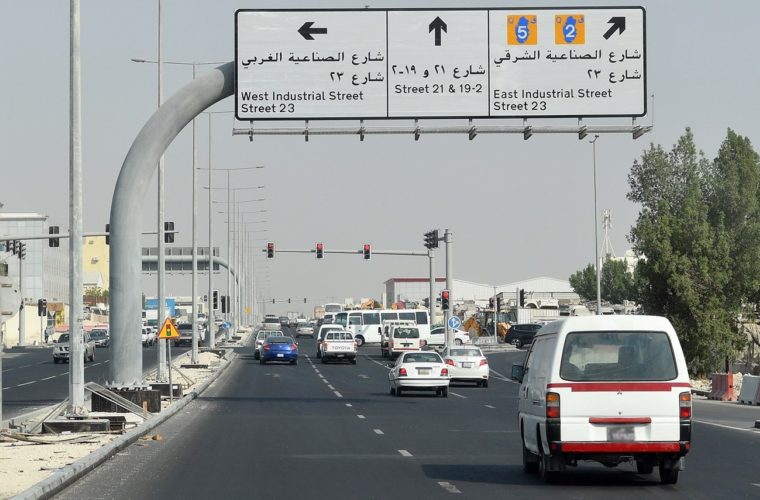 The Public Works Authority 'Ashghal' announced the opening of all streets within the Roads and Infrastructure Project in Doha Industrial Area (DIA) – Package 4, as part of the authority's commitment to implement its plan to provide a well-developed road network and fully integrated services for infrastructure utilities.

“the importance of the projects carried out by Ashghal in the Industrial Area and the efficient role they will play once finished in boosting the movement of people and goods, and facilitating transportation and connectivity with main roads and expressways to cope with the economic development in Qatar."

“The authority previously announced that Packages 1, 2, and 6 are completed, and that roads in these packages were open to traffic. Collectively they serve about 2,000 plots and provide 76 km of roads."

As part of Package 4 scope, upgrading works included infrastructure development in addition to developing main roads like Al-Wakalat Street and Al-Karajat Street, along with other intersecting streets located in between, like Streets nos. 23, 25, 26, and 28. This comes as part of Ashghal's commitment to improve traffic flow and ease congestion in the Industrial Area.

Speaking about the benefits of the project, Eng. Mohammed Al-Yafei, said:

“The development works in this package serve 679 plots, including retail stores and workshops, as they provide access to shops and residential properties. As part of the scope, 9 km of roads were upgraded, whilst providing road safety elements, constructing 849 car parks, and providing lighting systems and road signs, with 286 lighting poles being installed.

Eng. Al-Yafei then explained that remaining works within this package will include finishing off laying the final layers of asphalt, road markings work and connecting some electrical and other utility services' cables to the side of the street.

It is worth noting that the authority relied on local manufacturers and materials in most of the project's works, with the local component comprising 90% of total materials used. Qatari resources will be used to supply items such as gabbro, lighting poles and lamps, road signs, foul sewer and stormwater pipes, concrete and precast manholes, in addition to concrete and reinforcing steel.​