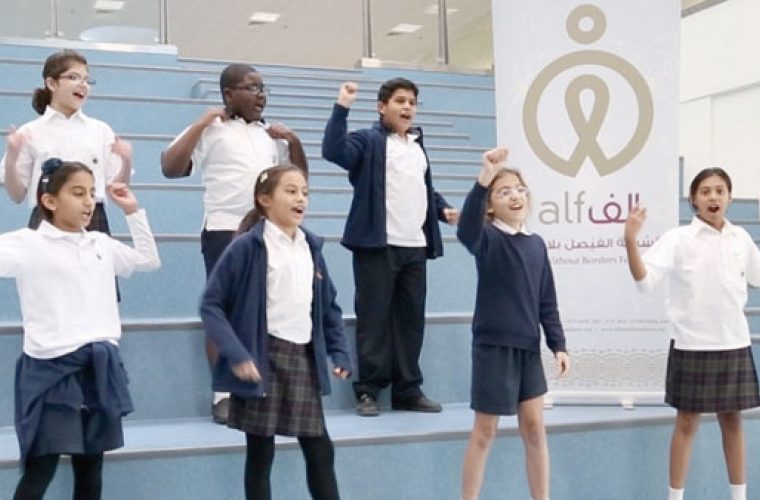 Qatar schoolchildren taking part in Destination ImagiNation (DI), a youth initiative being carried out under the patronage of AlFaisal Without Borders (Alf) Foundation, will reveal how the programme has helped them grow personally, socially and academically when they launch the DI Schools’ Forum on March 2.

Schools from across Qatar have been invited to take part in the launch event at Renaissance Doha City Center Hotel to hear first-hand how young people can learn crucial 21st century skills of teamwork, leadership, creativity and problem-solving, which are at the heart of the DI ethos.

DI is an established youth initiative in 27 countries globally and Qatar is piloting this effective and transformative programme for the Gulf region, reflecting a commitment to the development and empowerment of the nation’s youth. The “pioneer year” of DI Qatar features seven schools, with more than 230 pupils and 34 teams taking part in the initiative.

Under the patronage of Sheikh Faisal bin Qassim al-Thani’s Alf Foundation, the programme – which is approved by the Supreme Education Council (SEC) in Qatar - presents the richness of Qatari culture and ensures that the nation’s schoolchildren and students have a headstart in life by empowering them to set goals for the future and help develop their self-esteem, self-motivation and communications skills.

At the same time, the programme aims to instil a respect for other cultures and beliefs and the values of Islamic teaching, in alignment with the aims of Qatar National Vision 2030 and Alf Foundation.

During the Schools’ Forum, the participating Doha pupils will talk about what they have learned and the skills they have developed since the start of the programme. Team managers – teachers who give strategic advice to the groups and support them in their challenges – will discuss the advantages of the initiative for Qatar’s young people. The teams will also give hands-on mini demonstrations about the types of challenges they have to undertake in the programme.

Salma Salek, an eight-year-old from The Gulf English School, described her experience of taking part in DI, saying: “It (DI) helps me use my imagination better. After going to the DI meetings a few times, now I am using my imagination much more.”

Merve Coban, 14, from Noble International School said: “DI has made me be more imaginative. It’s limitless. If you can dream, you can do it.”

Pauline Penney, teacher and DI team manager at Newton International Barwa City, said: “Destination ImagiNation has a real wow factor. The children were so excited to become involved and they have been amazing.”

Gina Barnes, teacher and team manager at The Gulf English School, said: “DI is a fantastic initiative, which is new to Qatar, and GES is proud to be one of the pilot schools. We have some highly-motivated teachers at GES who strive to give their students the best possible opportunity to achieve their full potential.

Abdullatif Ali al-Yafei, general manager of Alf Foundation, said: “It is a great milestone for Qatar to launch Destination ImagiNation in our schools and for Qatar to pave the way for the rest of the Gulf and the Middle East to take on the programme. The aims of DI reflect the vision of Sheikh Faisal when he established the Foundation. This is simply to help improve the lives of those in Qatar and across the world by empowering them through education and social welfare initiatives and giving them the necessary skills and qualifications so that they can play a positive role in the world.”

Ali Mar’e, executive director of Alf Foundation, said: “Since we began the Qatar pilot for the Gulf, the feedback from schools – teachers and pupils – has been really positive.”