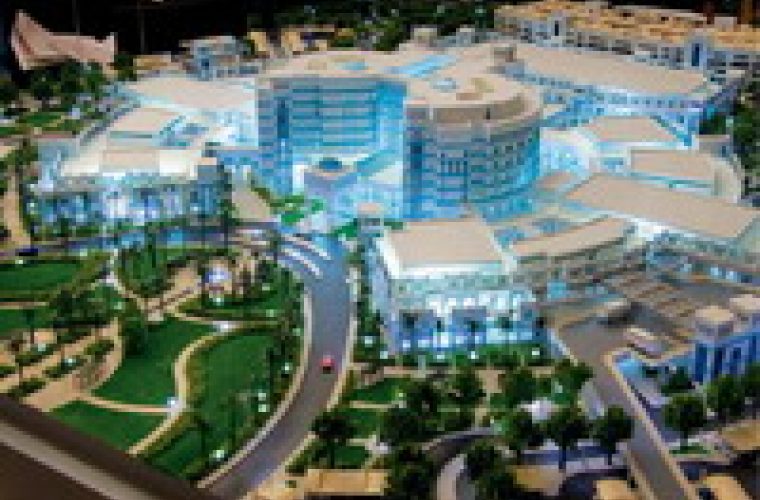 The Al Wakra Hospital, a QR1.85bn project under the Hamad Medical Corporation, will start receiving patients by the first quarter of 2011. The construction of the hospital which began in May 2007 is scheduled for completion next year. The Public Works Authority (Ashghal) will hand over the hospital to HMC on June 30, 2010, according to officials. “HMC will dedicate the hospital to the public in the first few months of 2011,” said Dr Salih Al Marri, Project Manager, Al Wakra Hospital. “Ashghal will turn over the hospital building in June 2010. Since we are dealing with people, we need to ensure all the facilities are the best. We will look into all aspects of the new hospital from manpower to medical equipment. Hence, there will be a gap of a few months from handing over to the start of the hospital.” The structural and internal work has been completed by now and the electrical, plumbing and other mechanical jobs remain to be done. The hospital will start with four major departments — General Medicine, General Surgery, Obstetrics and Gyneacology and the Paediatrics departments. “In its initial phase, 100 in-patient beds will be allocated equally for the four departments. The recruitment and the medical equipment acquisitions are being done in consultation with the respective departments. The expansion and further projects will also be undertaken in accordance with the requirements of each department,” Al Marri told The Peninsula. 50 beds have been allocated for the intensive care unit. Out of this, surgery, medicine and the Paediatric Intensive Care Units (PICU) will have eight beds each. The remaining 26 beds will go to the Neonatal Intensive Care Unit (NICU), which will help to ease the pressure on the Women’s Hospital at HMC. In addition, other services like the Out-Patient Department (OPD), Renal Dialysis, Physiotherapy, Accident and Emergency unit for women and children, and auxiliary services like radiology, pharmacy, laboratory and other services needed to run the facility will be made available. The emergency unit will be a walk-in clinic. Only 50 to 85 percent of the initial facilities are expected to be utilised in the first phase. The services will be expanded according to public demand. The project, over a total area of 303.533 square metres, includes the main building of the hospital, parking space for 1,650 cars and other facilities which cover 13 percent of the land area. The basement of the hospital will be used to facilitate storage and other service rooms. The ground floor will accommodate 70 OPD rooms, the first floor will have the emergency unit and the other five floors will be dedicated for in-patient use. http://thepeninsulaqatar.com/Display_news.asp?section=Local%5FNews&subsection=Qatar+News&month=May2009&file=Local_News2009050753927.xml