Al Rayyan squares off with Al Sadd in finals 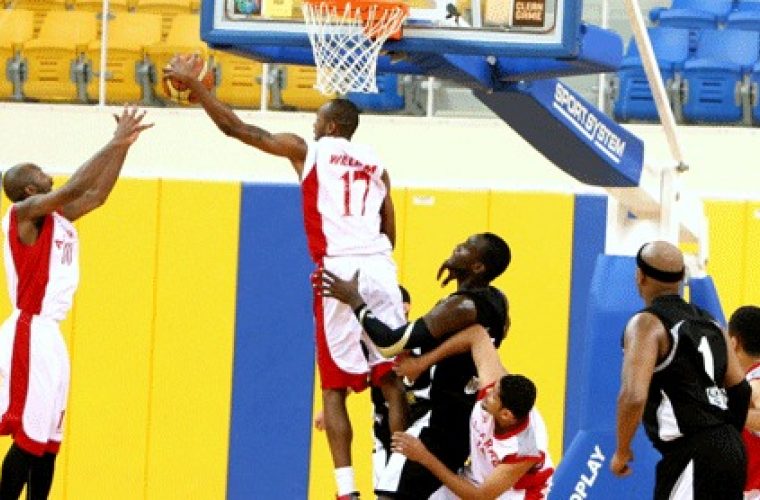 Al Rayyan beat Eljaish while Al Sadd battled past Al Arabi yesterday at the Al Gharafa Indoor Arena, to arrange a do-or-die showdown for the Qatar Basketball League title which will take place next Friday. The defending champions tripped Army, 62-58, who despite missing the services of starting point Fadi Abilmona played hard and relentless all night as reported by Qatar Chronicle. With their ace playmaker and top gun out with injury and back-up playmaker Narwan Salah unable to deliver, Eljaish found their offence in disarray in the early stages of the second match in their best-of-three series for a final’s berth. They led 11-15 and 28-37 to the powerhouse of Al Rayyan at the end of the first two quarters. The white shirts would however wake up in the third period, clamping down their rivals on defense and getting more aggressive on the offensive end to push themselves to a 47-44 advantage entering the final period. Al Rayyan, starring Harold Boney Watson, then rolled out a 10-3 early run to wrest the upper hand, 54-50, as the game reached the halfway point of the fourth. Army refused to fold up, tightening up even more on defence in the homestretch and equalising at 56-all, with 1 min 30 seconds left in the game. The black shirts broke the logjam and moved up by a basket at 58-56. But Eljaish countered with a couple of conversions from the charity lane to peg another deadlock at 58-all, with 30 seconds left. The defending champions would then seal the win as they cashed in on last second trips to the foul lane for the final score. Meanwhile, Al Sadd got the breaks in the homestretch and once more escaped with an 82-81 squeaker at the expense of a determined Al Arabi earlier in the first game. With the score 79-81 with six seconds left in the game, Khalid Salman scored on an isolation play to tie the count. Thomas Ibrahim converted the first of two gift shots off a foul called in the last 2 seconds of the game to push Al Sadd to their second straight win in their best-of-three series and earn the right to face Al Rayyan in the finals. Al Arabi trooped back to the Al Gharafa Arena looking to redeem themselves from their first game debacle in the hands of Al Sadd last Wednesday. The Heir Apparent champions came out blazing at the onset and took command at the end of the first two periods, 25-21 and 43-42. Abdulai Jalloh, William Byrd and Alvin Mofunanya combined early for 32 points and 20 rebounds and limited Al Sadd’s Benjamin Southal to a single basket in the first half. Both squads pounded the hoops with torrid shooting amidst solid team defence in the third quarter and battled through several lead changes before settling down to a 63-all deadlock after a buzzer-beating trey by Jalloh. Arabi strung up points in succession to take a 70-67 advantage 4 minutes into the final period. Saad Abdulrahman fired a long bomber to give Al Sadd the upper hand, 72-70 before Elhadary brought the match to another deadlock at 72-all with a twinner. Jalloh then punctured the basket with another trey to push Al Arabi ahead 75-72. But Khalid Suleiman countered with his own bomb on the other end to make it 75-all. Down 78-75, Southal scored twice inside to give Al Sadd back the lead, 79-78 but left the game in the ensuing play after fouling Mofunanya who tied the count on a split from the charity lane, with 45 seconds remaining in the game. Jalloh gave Al Arabi an 81-79 cushion before won it at the end for a 82-21 victory.