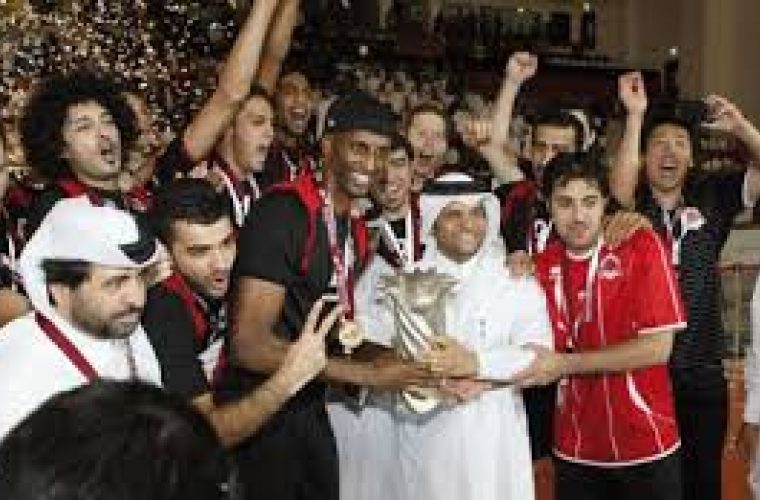 In a pulsating final that went the distance, Al Rayyan yesterday edged past a resolute Al Arabi, the defending champions, to lift the Heir Apparent Cup trophy at Al Arabi Hall. Despite losing the first set, Al Rayyan hit back with greater resolve to win the final 24-26, 25-21, 22-25, 25-21, 20-18. Earlier, Al Arabi reached the final match after beating Al Ahli while Al Rayyan qualified for the title clash following to their victory over Eljaish in the semi-finals. Nasser Al Maliki, Head of Al Rayyan team was pleased with his team’s performance after ‘a disastrous start’. He said: “ I believe the combination between the professional and home players worked just right for us.” Al Maliki hoped the team would continue their good form in the coming events that includes the Emir Cup. “We are happy that we remained positive in the final,” he said. Sheikh Saoud bin Abdulrahman Al Thani, Secretary General of Qatar Olympic Committee (QOC), presented the winner’s trophy and medals to Al Rayyan squad. Source : Qatar Chronicletar