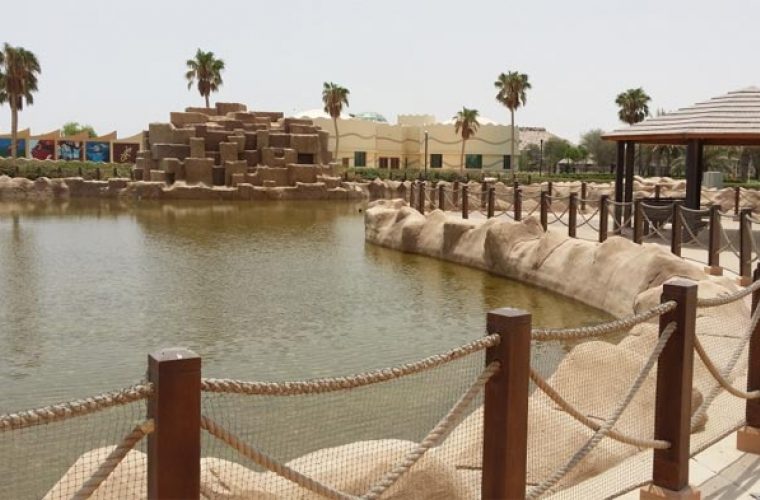 The scheduled reopening of the renovated Al Khor Park, which features world-class tourism amenities, has a “strong potential” to draw many visitors to the northern part of Qatar, it is learnt.
The park, spread over 240,000sqm, is due to reopen in August, pending safety measures being reviewed by the Public Gardens Department at the Ministry of Municipality and Urban Planning (MMUP).
One section of the park features a spacious restaurant, mosque, museum, mini golf area, wall mural, skating area, children’s play area, basketball court, food kiosks, drinking fountain, and an amphitheatre.
A mini train, complete with a railway station, will be available to visitors, who wish to tour the entire park. The renovation and expansion of the park cost around QR250mn, a source said.
“The other section of the park, which features a mini zoo or animal farm, animal display area, and a large aviary, is undergoing construction adjustments to fit the requirements of the animals to be housed there. Other than these three areas, the rest of attractions in the park are ready,” a source involved in the work said.
The massive renovation work carried out at the Al Khor Park has the potential to attract many visitors once it is fully operational.
“We have several tourist sites in Al Khor such as the beaches and a corniche that features shops, restaurants, and other establishments where visitors can relax and unwind. The addition of the park will surely increase the number of visitors to this part of the country,” he said.
He added that the park’s manicured gardens, including a large man-made lake, provide nature lovers “the perfect backdrop.”
“Children will also enjoy the playground, which is equipped with rubber soft fall surfacing to ensure kids’ safety. Aside from the slides and rock climbing walls, it also features a small obstacle course for skateboarders,” he explained.
Previously, authorities announced that the park was scheduled to reopen earlier this year but was postponed over safety concerns.
According to some Doha-based residents, the planned opening of Al Khor Park would serve as an alternative to other attractions across Qatar.
“Al Khor Park’s promise of open green areas complements the closure of Rumailah Park, which we used to visit quite often because of the abundance of trees and shaded areas. It is not a bad idea to take a road trip to Al Khor to enjoy the day off with my family,” one Doha resident said.
In November last year, the MMUP announced the closure of Rumailah Park, which was scheduled for renovation. It was finally sealed off from the public in February this year. The MMUP, however, did not provide a timeframe for the park’s renovation.