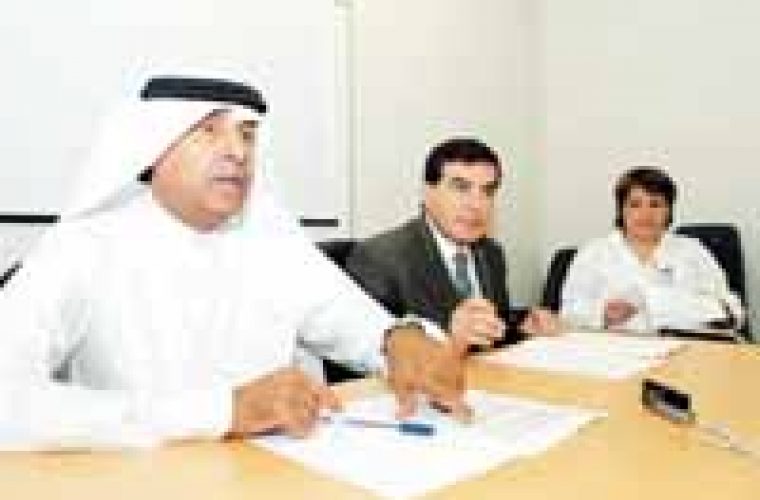 Al Khor Hospital plans to expand its workforce as well as services and facilities, especially in the North area, according to the hospital's Executive Director, Mohammed Ali Al Jusaiman. Currently the hospital has 1, 300 staff on its rolls. The management is set to hire senior staff and renal specialists. Expansion of the hospital's services and facilities will follow, Al Jusaiman said. He was speaking at a press conference yesterday on the occasion of the third anniversary of the hospital. Asked by The Peninsula whether there was any plan to increase the number of hospital beds, Al Jusaiman replied positively though he did not mention any numbers. As of now, the hospital has 117 beds. "Al Khor Hospital has achieved its intended goals by delivering healthcare services to the country, and the community has benefited a lot considering the convenience and location," Al Jusaiman said. Dr Hani Hassan Al Kilani, Senior Consultant Chief of Staff; Abdullah Al Mohannadi, Director of Lab and Nadia Fakhouri, Director of Nursing and Patient Area and OPD, were also present at the press conference. After opening its doors to serve patients in 2005, Al Khor Hospital has come a long way. "We started with 213 patients per month. Now, after three years, we have around 5, 000 a month," Al Jusaiman said. Recent developments in the hospital include the opening of a Paediatric Emergency Centre and installation of dialysis units donated by H H Sheikha Mozah bint Nasser Al Missned. Al Jusaiman said the building for the dialysis unit was already complete and was in the commissioning stage. Dr Al Kilani said the dialysis units will provide 24-hour service. Al Jusaiman enumerated some of the services the hospital is offering to the community, such as an educational pre-natal programme, a breastfeeding project and educating mothers about maternity and childcare. The hospital is also providing healthcare supplies to primary healthcare centres in RasLaffan. This year the hospital witnessed a 85.5 percent hike in occupancy rate as compared to 55 to 60 percent rise last year. The increase is attributed mainly to the growth in population. Population density has tripled in the last two years, Al Jusaiman noted. The Peninsula