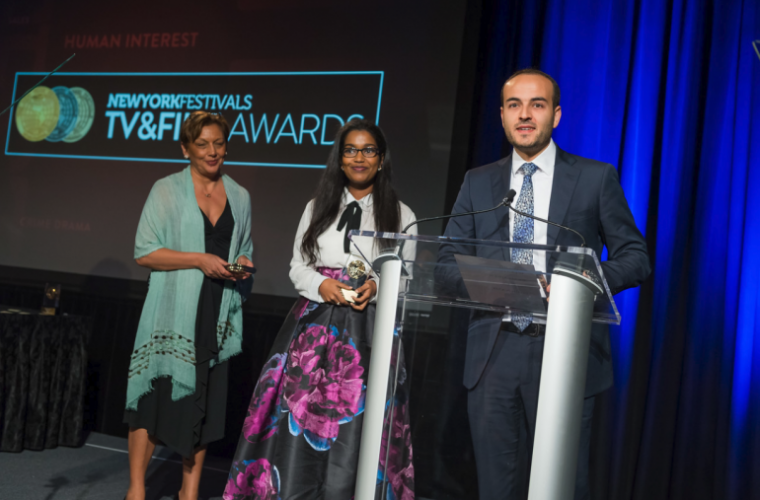 Al Jazeera has been awarded the Gold Medal for the ‘Demand Press Freedom Campaign’. The Medal was awarded by the New York International Television & Film Awards under the category of ‘Corporate Social Responsibility’, which took place during a Gala dinner ceremony attended by some of the top international media and broadcasters held in Las Vegas on April 10, 2018.

Abdulla Al Najjar, Executive Director for Global Brand and Communications, said: “It’s a great honour for Al Jazeera to be awarded with a Gold Medal for its ‘Demand Press Freedom Campaign’. In the aftermath of calls by Gulf blockading countries to shut down Al Jazeera, this award recognizes the need for Press Freedom across the globe in a time when oppressive restrictions on the media are on the increase. I would also like to take this opportunity to thank all those institutions and organizations which stood with Al Jazeera in support of press freedom”.

The NYF Television & Film awards are judged by award winning Directors, Producers, Writers, Actors and various other creative media professionals from across the globe. (Source)