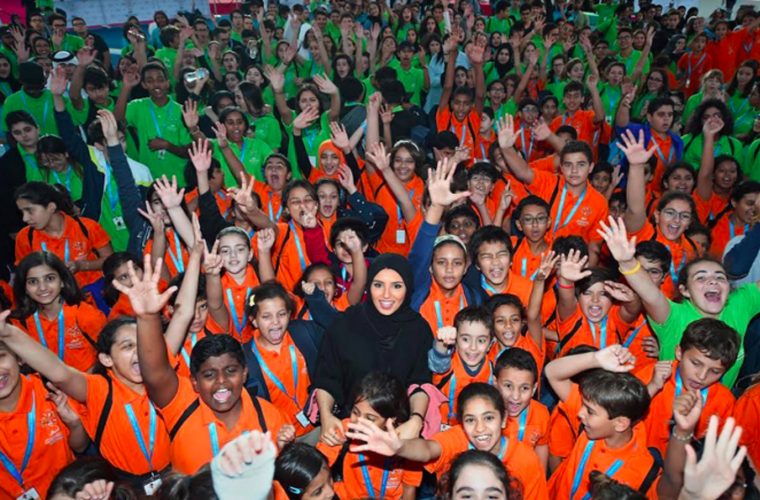 The fifth Ajyal Youth Film Festival, presented by the Doha Film Institute, will launch this evening with a red carpet ceremony to mark the MENA premier of Nora Twomey’s enchanting animated film, The Breadwinner (Canada, Ireland, Luxembourg / 2017). The film is an animated Afghan tale following a young girl’s will and determination, and perfectly conveys Ajyal’s on-going mission to use the power of cinema to shed light on global issues, particularly as they affect the young.

Fatma Al Remaihi, Festival Director and CEO of Doha Film Institute, welcomed jurors from around the world, of over 550 youth from 45 countries at the official opening of the jurors’ hub powered by Ooredoo.

Larger than ever, this year Ajyal has a carefully curated selection of 103 films from 43 countries, including 20 feature films and 83 short films that address issues ranging from women’s empowerment and the loss of a parent, to cultural resilience and the survival of traditional storytelling, coming-of-age drama and personal achievement. Selected for their universal messages of hope, as well as their depiction of the power and beauty of the human spirit in the face of adversity, this year’s films will inspire and captivate audiences in equal measure. The festival opens tomorrow, Nov. 29, and runs until December 4th.

Powered by Occidental Petroleum Company, the Made in Qatar series returns and this year is supplemented by Made in Qatar Shabab, the first-ever programme to showcase shorts made by Qatar’s youngest generation of talent, testimony to the ever-increasing strength of the country’s creative community.

Running alongside the regular programme, the six-day festival also features Special Screenings, a Made in Kuwait section, SONY’s Cinema Under the Stars, Family Weekend activities, including a magical Blue Carpet event for the youngest cinemagoers, Ajyal Talks and a Creativity Hub.

Tickets are priced QR25 for general screening, and are available for purchase 24 hours a day at ajyalfilm.com or from the Ajyal Katara Main Box Office in Katara Building 12 or Ajyal FNAC Ticket Outlet, FNAC Qatar at Doha Festival City.