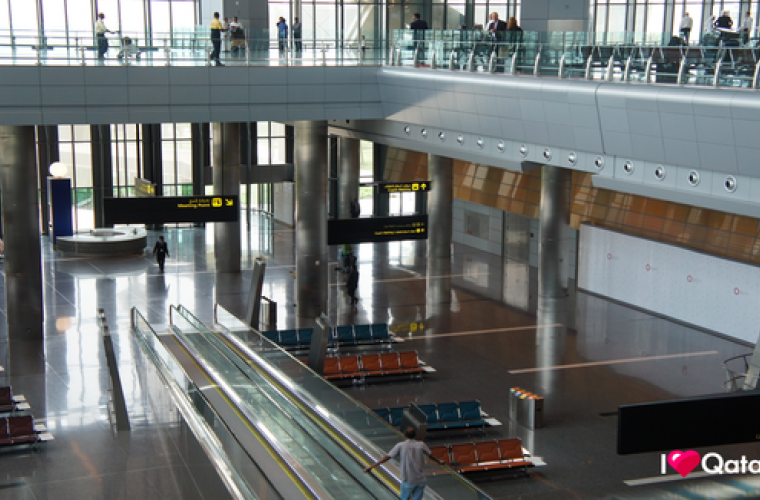 The use of advanced technology such as iris scanners at Hamad International Airport (HIA) has helped detect many travelers who tried to return to the country with forged passports after being banned from entering Qatar, a senior Ministry of Interior (MoI) official has said.
Speaking to local Arabic daily Arrayah, Lieutenant Colonel Mohamed Rashid al-Mazroui, director of the Airport Passports Department at the MoI, also noted that the movement of passengers had been considerably eased at HIA through the use of state-of-the-art equipment, and that steps were afoot to enhance the smart traveller programme and E-gate system.
The department uses sophisticated equipment that can read travel documents and identify fake ones, he said, stressing that the iris scanners used at HIA have a 100% accuracy level.
At present, the Airport Passports Department is working on a number of projects to cope with the constant rise in the number of travellers passing through HIA and reduce the time taken to process travel procedures.
These include an expansion of the smart traveller programme and E-gate system, which is currently used by 1,000-1,800 travellers a day. He hoped that the number of E-gate users would increase to 5,000-7,000 travellers a day.
Lieutenant Colonel al-Mazroui said the time taken to process travel procedures at the airport's passports counters is only 45 seconds per passenger.
However, delays happen occasionally as some travellers avail of the visa-on-arrival facility, some do not have previous eye scan records, some have changed their passports while abroad and others have spent more than six months outside the country.

Tourist numbers on the rise