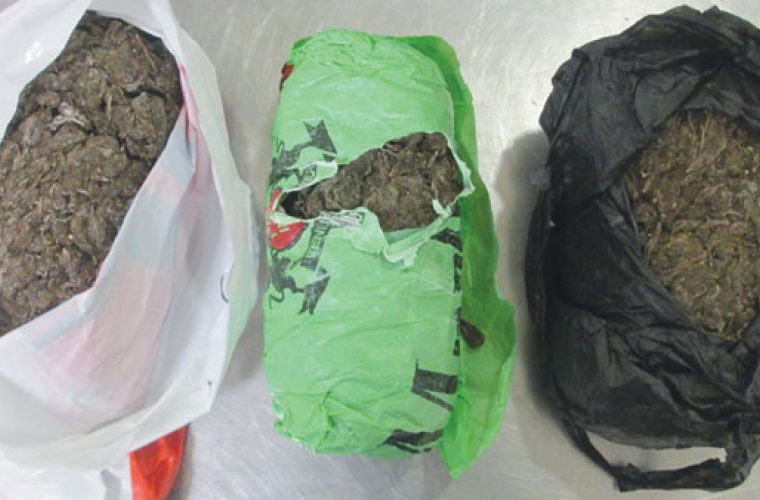 The officers of Qatar Airport Customs have thwarted an attempt to smuggle around 3kg of marijuana into the country by an Asian male traveller, it was announced in a statement yesterday.

The individual was apprehended when a Customs officer at the Doha International Airport (DIA) had suspicions about his behaviour and alerted the officer concerned to perform a thorough search of his entire luggage.

In the search, the officer found three big pieces of marijuana wrapped in plastic bags and weighing a total of 3kg.

Khalid Hamad Rashid al-Kaabi, acting director of the Airport Customs Department, said that a report was made about the incident and the seized marijuana was handed over to the security authorities for further investigation.

“In such cases, the Drug Prevention Department at the Ministry of Interior would be instantly notified to take the necessary steps, and refer them to the Public Prosecution.

The Customs and Ports General Authority would further follow up the matter with the security authorities concerned afterwards,” the official explained.

Al-Kaabi revealed that the Customs and Ports General Authority often seize considerable quantities of illicit drugs and narcotics such as hashish, opium, cocaine and other chemicals hidden within the suitcases of some travellers.

“The Customs officers are highly trained to detect such items and are constantly updating their skills from the best experts in the field,” the official added.