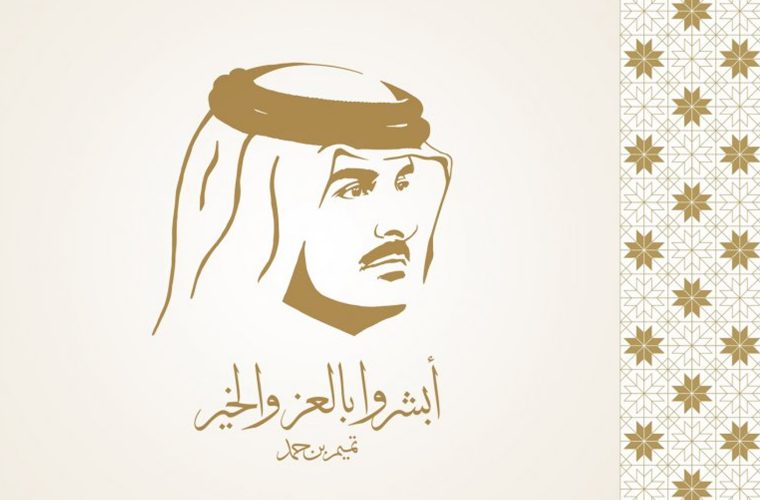 Organizing Committee for the celebrations of the National Day has unveiled the accredited picture of the Emir H H Sheikh Tamim Bin Hamad Al Thani.

They tweeted about the same on the official handle with the image which shows the Emir with the motto of the Qatar National Day 2017 ‘Promise of Prosperity and Glory’, which is inspired by a quote of the Emir, written

below the image and also TamimBinHamad written below the motto.

With the theme ‘Promise of Prosperity and Glory’, Qatar National Day celebrations will start on December 9 at Darb Al Saai and continue for ten days.

The celebrations will highlight the patriotism and solidarity of the people of Qatar for its leadership, despite the unjust blockade imposed on the country, said Minister of Culture and Sports H E Salah bin Ghanem Al Ali, head of the National Day organizing committee, said few weeks back at a press conference.

“This year celebrations come as Qatar is under siege imposed by some countries, which makes this year’s celebrations more unique. Qataris proved that they are united and standing behind their Emir HH Sheikh Tamim bin Hamad Al-Thani, and this unity the real vision behind the Qatar National Day celebrations,” he said.

“Since we started to celebrate it in 2008, the vision of Qatar National Day is to enhance loyalty, unity and pride of national identity,” he added.

The main aim is strengthening the loyalty between the people and the leader, enhancing the sovereignty and cohesion between the citizens and residents of Qatar and to increase the pride of Qatar’s unity in every inch of its land, the minister said.

He also urged people to participate in the celebration either as individuals or as institutions and to create new ideas to uphold Qatari tradition and heritage as well as the vision of the Qatar National Day. (Source)